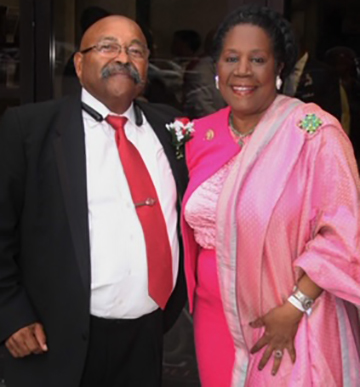 Lee represents the 18th Congressional District of Texas and is serving her 11th term as a member of the U.S. House of Representatives. Considered as the “voice of reason,” Lee’s political resume expands across engagements and demonstrated leadership aimed to create and change legislation focused on helping humanity in all aspects of life. She is a senior member of the House Judiciary, Homeland Security, and Budget Committees. She is a champion for women and children, and is leading the way on criminal justice reform.

Lee was introduced by Congressman Sanford Bishop Jr., D-Albany. Bishop described Lee as a “powerhouse” and a woman of faith and strength. Bishop further shared that Lee is one of the most familiar faces in Congress and one of the most familiar voices that many hear on news networks providing insight and articulated thoughts on many of the issues many Americans are faced with today. According to Bishop, Lee has never stopped being the “voice of reason” for all people even when she battled and survived cancer. “Lee and I are bonded by our battle with cancer. But what many of you do not know is Lee’s dedication and commitment to her duties as a Congresswoman. Lee would receive her chemotherapy treatments between 1 a.m. to 5 a.m. just so she could be back on the floor of the House between 9 a.m. and 10 a.m. serving and representing the voices of the underrepresented and the underserved,” said Bishop.

Bishop stated that Lee is the voice of the voiceless, the hope of the homeless, the strength for the weak, and inspiration for everyone. He added she is a true fighter for justice. And if anyone in attendance did not recognize Lee’s servant leader approach to her selfless dedication to her community, her family, and this nation, her outlined thoughts for the night illustrated the need for continued support to challenge any injustices and unfairness.

According to Lee, when she speaks, when any person of African descent speaks, it is not just to the African American community but to America. For Lee, everyone in attendance at the annual Freedom Fund Banquet is a “warrior for justice.” Lee indicated that because of the presence of those in attendance it was a sign of their own commitment to not just recognizing moments in history — it was also their commitment to answering the question of “what are you going to do in the moment?”

But for Lee, if America is not careful, these captured moments of its history will easily repeat themselves if all Americans stop ignoring some of the moments that are occurring right now.

“We don’t want to go back backwards. But until we are able to talk about the difficult moments and even challenge those in governance, issues such as voter suppression and intimidation will continue to deny people their birth right — the right to vote,” said Lee.

Lee shared when many Americans, particularly African Americans and other people of color are terrorized at the polls or are coerced not to vote because they are being misled or given false information, America loses moments and continues to participate in denying people the right and access to moments. This, according to Lee, works against the fight fought for change and the continued fight for change. Because within those lost moments, as described by Lee, is the failed attempt to not understand one another.

“When we ignore moments, when we fail to acknowledge moments, when we don’t change moments, we all ignore participating in the call to address the moments we have and those captured in history. A call for us to be champions for equality and warriors for what is fair and what it is right,” she said. 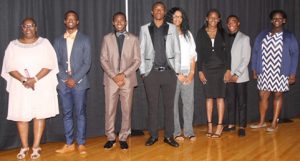 Proposing the question “what are you going to do in the moment”, honors those before who answered the call to fight and change moments. Those individuals were the men on the battlefield of wars, the men and women who fought for civil rights, and those who joined forces to uproot any injustices. Honoring these individuals is more than just giving respect to their sacrifices, but also as stated by Lee, an opportunity to continue to carry their legacies.

“Let’s not forget the moments we have and the moments captured in history. Let’s stand our ground and remember it is imperative that people of all backgrounds — singularly and joined in a united voice — acknowledge where injustice is. If we don’t do that, it is easy for, again, an issue such as voter suppression to become an ongoing plight of African Americans. It’s an injustice attempting to take away someone’s rights. Let’s educate one another thoroughly. Let’s become registered voters. But most importantly, let’s get out and vote. We cannot go backwards. We can’t afford to go backwards,” said Lee.

Lee applauded the NAACP for its efforts in voter rights, and encouraged all those in attendance to join forces with the initiatives of the NAACP to ensure voting doesn’t become a disenfranchised right, but remained as a birth right many, especially African Americans, shed blood for or boldly fought for.

“It is a time for us to choose to speak, to choose to be bold, to choose to make a difference. Continue to seek moments in history where we are preparing for those coming behind us. Remember the words of Martin Luther King Jr.: ‘The ultimate measure of a man or woman is not where he or she stands in moments of comfort and convenience, but where he or she stands at times of challenge and controversy.’ Be prepared for the fight. Our survival is in the ballot box. Our survival is in hope. Hope is about doing what needs to be done. Don’t let a moment pass us to do the right thing because we have lost the essence of moments before us,” said Lee.