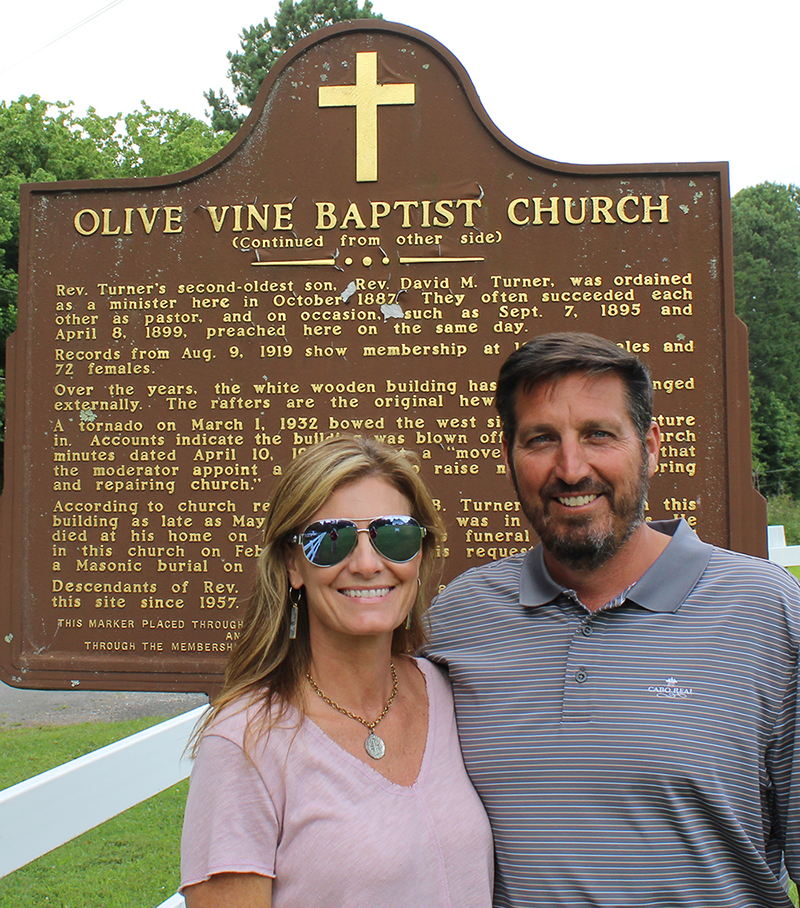 Descendants of the Rev. Henry Green Berry Turner and wife Annie Turner met on June 23 for their 62nd annual reunion at Olive Vine Baptist Church in Pine Log. Relatives from at least four states, including Texas, attended. Shown are Ginny Short and Brian Lee Short of Cumming, formerly of Americus, standing by an historic marker on the church grounds. Brian is a great-grandson of Ruth Lee Turner Short, whose grandfather H.G.B. Turner founded Olive Vine in 1880. Her father, the Rev. David Moton Turner, who moved his family from North Georgia to Plains in 1919, was ordained as a minister there in 1887. Descendants have met at Olive Vine each year since 1957. Others from Americus who attended included Frances Short and Steve Short and David and Mary Turner.