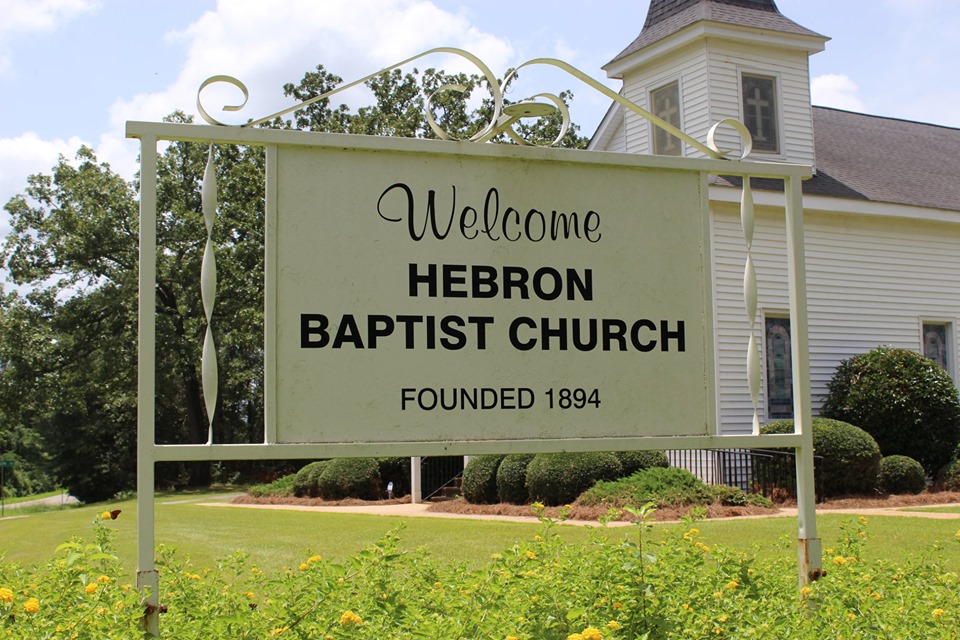 AMERICUS — Hebron Baptist Church celebrated its 125th anniversary on July 14 with remembrances, special music, and recognitions that exemplify its commitment to the generosity and ministry of its people and community.

At least 113 people, including several from across the state, attended. A performance by musician Mike English highlighted the day. Speakers included Jimmy Melvin and pastor, the Rev. Ron Perry.

The church, which occupies a picturesque setting among tall oaks just beyond the intersection of Ga. Highways 49 and 308 southwest of Americus, was founded on July 14, 1894, by the Rev. A.C. Wellons. Today, its membership stands at 121.

Special recognition was given to several people, including Bobby Smith, who has been a Hebron church member for the past 78 years. Harold Israel was recognized as the oldest male member, and Jean Mills-Phillips was noted as the oldest female member.

Steve Short gave an historical look at Hebron and the Rev. Wellons, whose life was chronicled during a 10-minute speech. A large poster of Wellons was on display, and letters from two of his descendants were read. His only surviving granddaughter, Mildred Wellons Tyler of Americus, had planned to attend but was unable.

Throughout its 125 years, Hebron has been the setting of countless services and events, but is perhaps most famous as the site of the opening scenes in the 1993 Hallmark Hall of Fame movie “To Dance with the White Dog.” The movie featured Hume Cronyn and Jessica Tandy. It was filmed at Hebron in August 1993, and aired on Dec. 5, 1993. Sumter Countians, including Hebron church members, were used as extras in the movie. An original movie poster and a laminated copy of the article “Hollywood Comes to Hebron” from the Americus Times-Recorder were on display, as well as numerous other church photographs.

Thanks were given to chairmen Linda Brewer, Tommy Lawrence, and Steve Short, as well as to Betsy Cosby Hodges, who worked diligently to get the fellowship hall in order following a recent tree incident.

A catered meal by 2 Duke’s of Americus and desserts by Hebron women were served. A video from the church’s centennial 25 years ago ran continuously in the fellowship hall to the enjoyment of all.