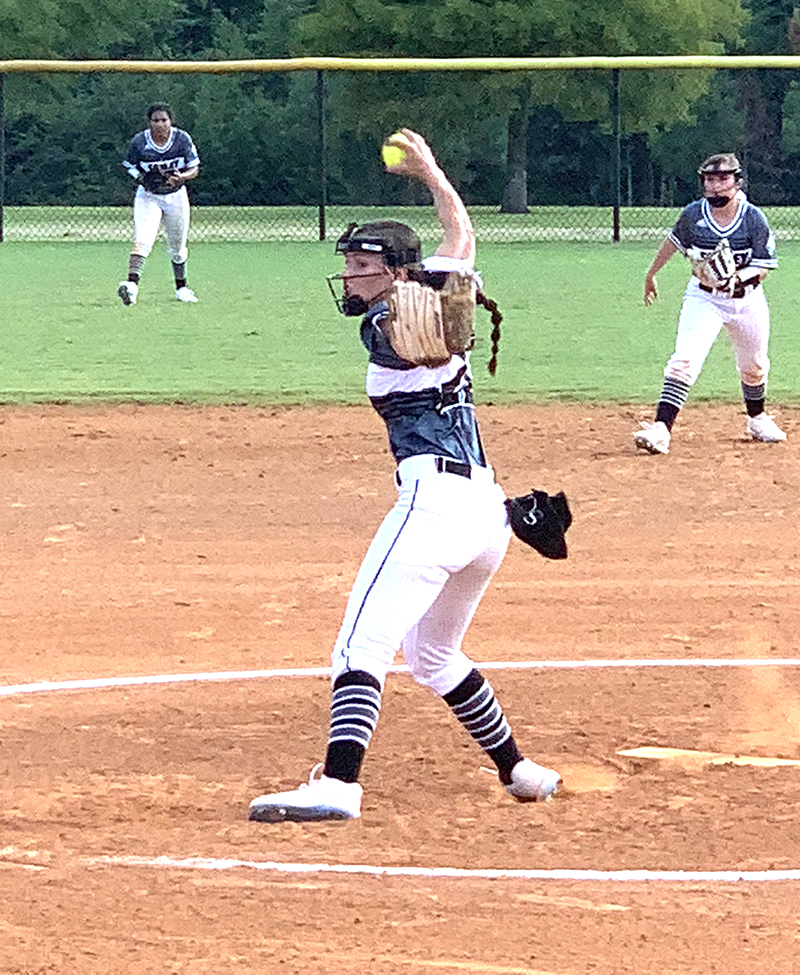 ELLAVILLE – After a 10-inning, 6-5 loss to Southwest Georgia Academy on Tuesday, August 6 to begin the 2019 season, the Schley County High School softball team (SC) bounced back as Saige Whaley pitched seven scoreless innings to lead the Wildcats to a 5-0 win over Mount de Sales Academy from Macon, GA.

The game was played on Wednesday, August 7, at Schley County High School. It was the first win of the season for the Wildcats.

Going into this game, the Wildcats were going to be facing one of the best high school pitchers in the country: Jordyn Partain.

For much of the game, it was a pitchers’ dual between Whaley and Partain. However, the Wildcats were able to score their first run in the bottom of the first inning. With one out, Nyiah Kelley singled and stole second base. Whaley then hit into a fielder’s choice, which allowed Kelley to score. For the next five-and-a-half innings, neither team could generate much offense as both Whaley and Partain were dominating.

However, the Wildcats broke the game open in the bottom of the sixth inning. They scored four runs on three hits and took advantage of a walk and two errors committed by the Cavaliers. Kelley and Whaley each belted an RBI double and Renae Rix added a single. In total, the Wildcats tallied six hits on the day.

The Wildcats also played solid defense as well, committing only one error. In the top of the third inning, Kelley, who was playing left field, made a diving catch to rob the Cavaliers’ Chloe Nepveux of a base hit.

To sum it up, in addition to Whaley’s dominant pitching, the Wildcats won the game by executing bunt singles and using their speed on the bases. This was a blueprint that worked a year ago against the Cavaliers.

“Last year we saw her (Partain) here, we ended up run ruling them 10-2. We kinda did the same thing…a lot of bunts and creating some chaos and confusion,” SC head coach Jody Sellars said. “We kinda reverted back to it this game once we got some folks on base. That’s our game. We’ve got a lot of speed. We’re able to put a few people on base and do the bunt and running. That’s what we do, and if we sprinkle in a hit here or there, we’re really dangerous. We got a great pitching effort out of Saige. We played great defense behind her. We had one error right there at the end that fortunately didn’t cost us. We really executed our small ball game.”

Kelley led the Wildcats’ offensive attack by going 2-for-3 at the plate, scoring two runs and driving in one RBI.

Whaley got the win for the Wildcats and gave up no runs on six hits. She struck out two and walked one batter in seven innings of work.

Partain took the loss for the Cavaliers. She gave up five runs on six hits, struck out six SC batters and walked two.