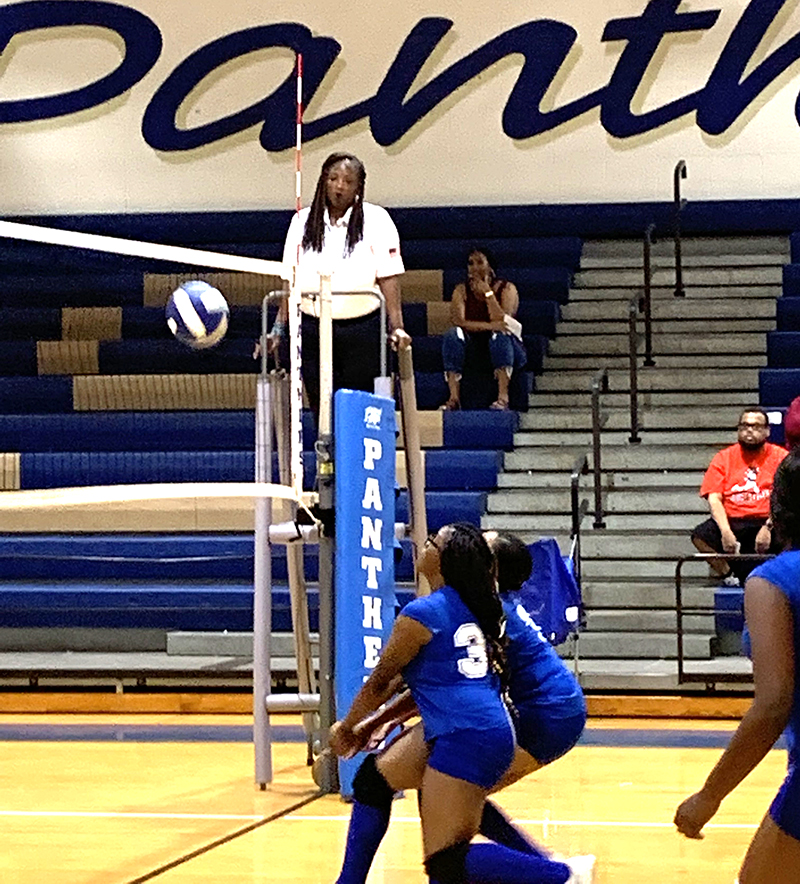 ASHS players Mykaila Breedlove (3) and Kamelia Williams at the front of the net ready to return the volley. Photo by Ken Gustafson

AMERICUS – The Americus-Sumter girls’ volleyball team (ASHS) won their first match of the regular season as they swept Randolph-Clay (RC) in two sets 25-15, 25-14. The difference in the match was the Panthers’ ability to do a better job of returning the serve. 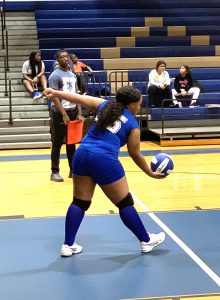 ASHS player Kourtney Jenkins is about to serve match point for the Panthers.
Photo by Ken Gustafson

In Game 2, both teams worked their way to a 9-9 tie before RC took a one-point lead. At that point, ASHS took over. The Panthers went on a 7-0 run to take a 16-10 lead. That run was the catalyst that helped secure the game and the match for ASHS. With the Panthers leading 24-14 in Game 2, Kourtney Jenkins made the final serve for the Panthers. The Red Devils did not handle the ball cleanly and the Panthers won the game 25-14, thus winning the match.

“We’ve improved a lot compared to last year. We did great. I’m so proud of my teammates,” team captain Kamelia Williams said.