The Carters don’t share the same birthday — hers was Aug. 18 and his is Oct. 1; however, the couple combined them for this special occasion. The former president says David is his favorite pianist and he’s mine, too. He is welcome to return and play for my birthday.

A huge audience gathered in the church sanctuary and was welcomed by the Rev. Keith Parks, pastor. During the two-hour concert, David performed countless arrangements ranging from classical and romantic to Broadway show and pop tunes and was accompanied on the harp by Vicki Schultz along with a talented vocalist/drummer who once was with the Platters and Drifters, and a guitarist. The concert concluded with audience requests woven into what he calls “a quilt” of medleys that was awesome. It’s unbelievable how he remembers all the requests.

Another highlight was emcee Spencer Christian, former ABC-TV weatherman now of San Francisco, who also served as emcee at the reopening celebration of the historic Rylander Theatre on Oct. 1, 1999, that David organized to celebrate Carter’s 75th birthday. Now that was an event to top all events. David literally brought Las Vegas to town with him. I’ll never forget when the Bellagio dance troupe replete in costume alighted from the white stretch limousine at noon that day to rehearse before the evening performance. It was a sight to behold.

But I digress. I could write an entire short story on my memories of that night. It was totally unforgettable.

Another high point of the evening was the special presentation by a spokesman with the Heal The World Foundation, founded 1992, for the Atlanta Project who gave the Carters a handsome remembrance of their involvement in the project. This was followed by an impersonation of the late Michael Jackson given by Michael Jackton of Japan.

Among those in the audience besides the former president and first lady was their daughter, Amy Carter and husband, Jay Kelly, son, Errol, of Atlanta; Carter’s grandchildren Sarah and Steven Reynolds; Alethea Wall, Rosalynn’s sister; Mary Prince, the Carters’ housekeeper and friend since their days at the Georgia Governor’s Mansion; and Carter’s Plains office staff Peggy Carson and Pat Martin. Also in the audience were more than 60 attendees from across the country of the Plains Chautauqua organization led by Annette Wise that met here last weekend. Among other Chautauqua activities was a program/meeting at the “Plains Experiment Station” on Friday, tour of Café Campesino, and guided tour of the Windsor Hotel led by hotelier Sharad Patel and Steve Short of the Americus Welcome Center. The Carters and family joined the Chautauqua group for dinner at the hotel’s Americus-Sumter Room prior to the concert.

Elsewhere former Ellaville resident and country singer Caylee Hammack, daughter of Mack and Connie Hammack of Ellaville, made her debut on stage at the Grand Ole Opry in Nashville on Aug. 23, performing two songs before the packed house. The first one was Patsy Cline’s “Crazy” and the other was Caylee’s own song, “Family Tree.” Other artists performing that night were Tanya Tucker and Hunter Hayes. Family members in the audience besides her parents were her brother and sister-in-law, Nathan and Mary Ann Hooks Hammack and children, Anna Gail and Libby Hammack of Americus, and Caylee’s sister Mollie. Congratulations Caylee! You are a star. 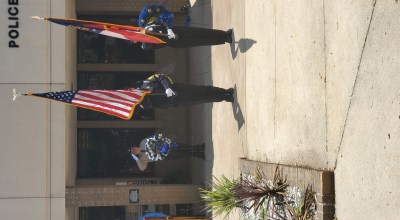