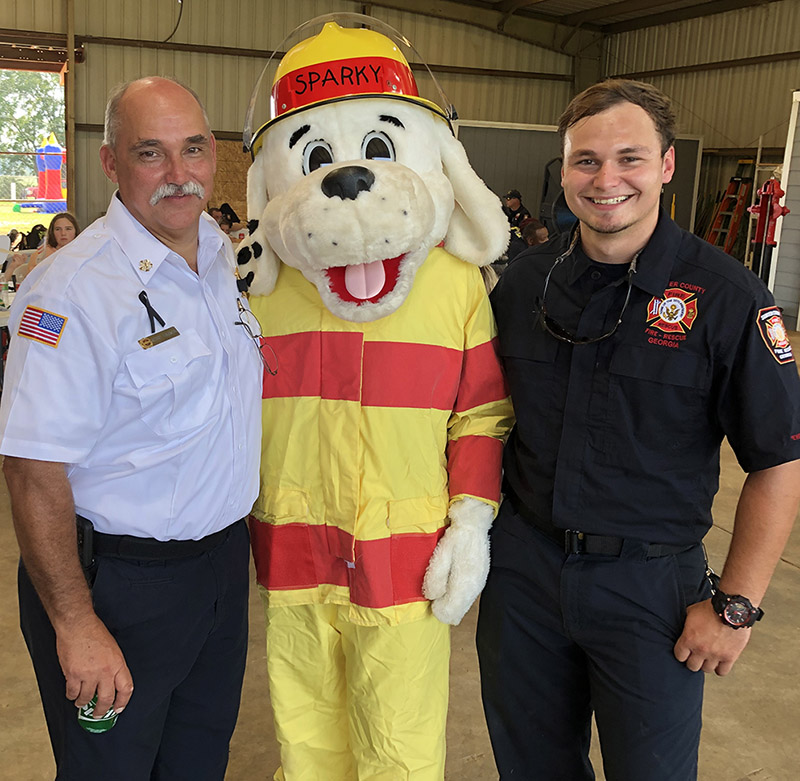 AMERICUS — Hot and dry weather conditions failed to keep folks away from an open house on Saturday, sponsored by Sumter County Fire & Rescue at its new facility located at Ga. Highway 27 East and Brickyard Road.

The event, which was from 10 a.m. until 1 p.m. featured fire trucks on display as well as the AirEvac helicopter. Kids enjoyed up close looks at the big fire trucks as well as sounding the sirens on the emergency equipment.

Inside the huge metal building, a gigantic fan kept people cool and the gnats away while they enjoyed a lunch of hot-dogs, chips, and soft drinks as well as cold water to keep everybody cooled down in the heat. Kids also enjoyed cotton candy after lunch.

There were speed dressing demonstrations by firefighters. To end the event, the fire was lighted in the burn building for a demonstration of what a live fire is like and how the firefighters are trained to protect property and lives.

Another highlight of the event was Sparky the fire dog who was especially popular with the kids. Sparky was portrayed by Trey Harmon, nephew of Sumter County Fire & Rescue Chief Jerry Harmon.