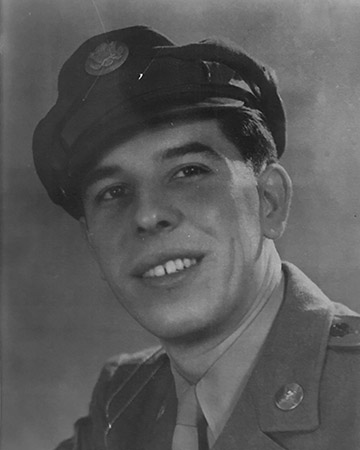 During a three-year stint in the U.S. Army, Master Sgt. Arthur Cheokas served as a right waist gunner on a B-17 Flying Fortress. He flew many missions over Germany and was once shot down over Belgium. He also volunteered to drop supplies to Gen. George Patton, whose advance outpaced the supply lines. Cheokas was awarded the Air Medal for meritorious service. He was attached to the 838th Bombardment Squadron, 487th Bomb Group.