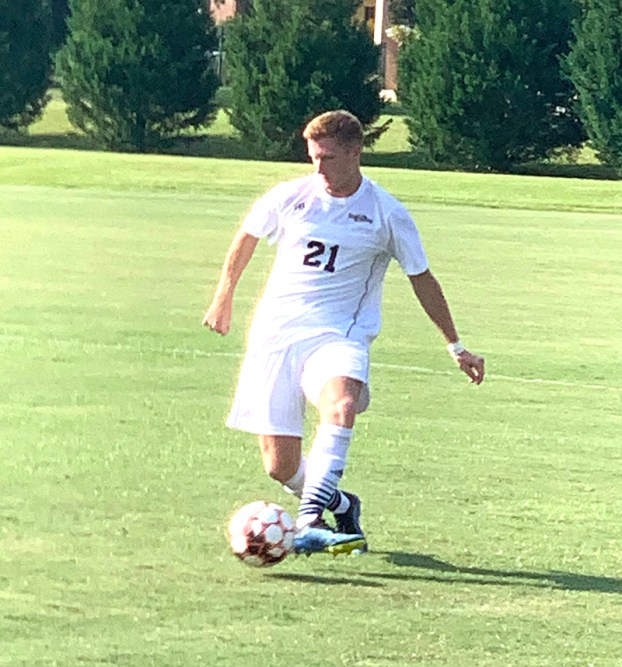 AMERICUS – On Saturday, September 14, the Georgia Southwestern State University (GSW) department of intercollegiate athletics set up Surge’s Splash Zone: two water slides for kids of all ages to enjoy during both the Hurricanes and Lady Hurricanes’ soccer matches. It was a fun-filled day for many children and their families. However, it was not a good day for the GSW men’s soccer team as they fell 2-0 to Faulkner University (FU) at Hurricane Field.

“I don’t think we were ready to play today. That’s on me,” Crawford said. “I’ve got to find a way to get them motivated and get them ready to go because we were flat to start with. I thought we were fortunate to get out of the first half 0-0. I thought it was a pick ‘em game at that point and we didn’t raise our level. We’ve got to figure something out before Tuesday.” 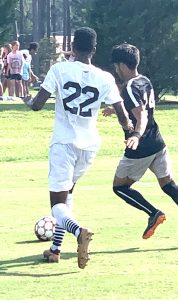 GSW junior forward Sean Mckeevar (22) tries to fend off a Faulknber defender during the first half of GSW’s match against Faulkner University.
Photo by Ken Gustafson

Neither team could score a goal during the first half, though the Hurricanes did have a couple of good looks that either went wide of the net or right at the FU goalkeeper. However, in the 61st minute (16 minutes into the second half), the Eagles took a 1-0 lead when Guiherme Mondaini let loose a shot from 30 yards out that went off the fingertips of GSW goalkeeper Oneil Lewis and into the back of the net. The Eagles got an insurance goal when Pedro Moura scored his fourth goal of the season off an assist from Lucas Vilela in the 73rd minute. 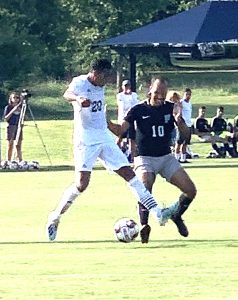 FU finished the match with a total of 12 shots on goal, while the Hurricanes only had three. Bryan Zuniga, Kellan O’Hara and Sebastian Da Silva took those three shots on goal. It was a very physical match as both teams combined for 25 fouls and six yellow cards.

With the loss, the Hurricanes drop to 1-2 on the season. They will try to notch their second win of the season when they travel to Montgomery, AL on Wednesday, September 18, to take on Auburn-Montgomery University. Kickoff is scheduled for 8 p.m. 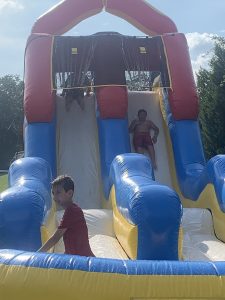 The Hurricanes will then travel to Rome, GA to take on Shorter University in a 4 p.m. match on Saturday, September 21. Their next home match will be on Wednesday, September 25, against Talladega College. Kickoff for that match is scheduled for 7:30 p.m.

By Stephen Milligan   LOGANVILLE, GA – The Southland Academy football team (SA) traveled up to the Atlanta suburb of... read more