Wildcats continue their winning ways with win over Hawkinsville 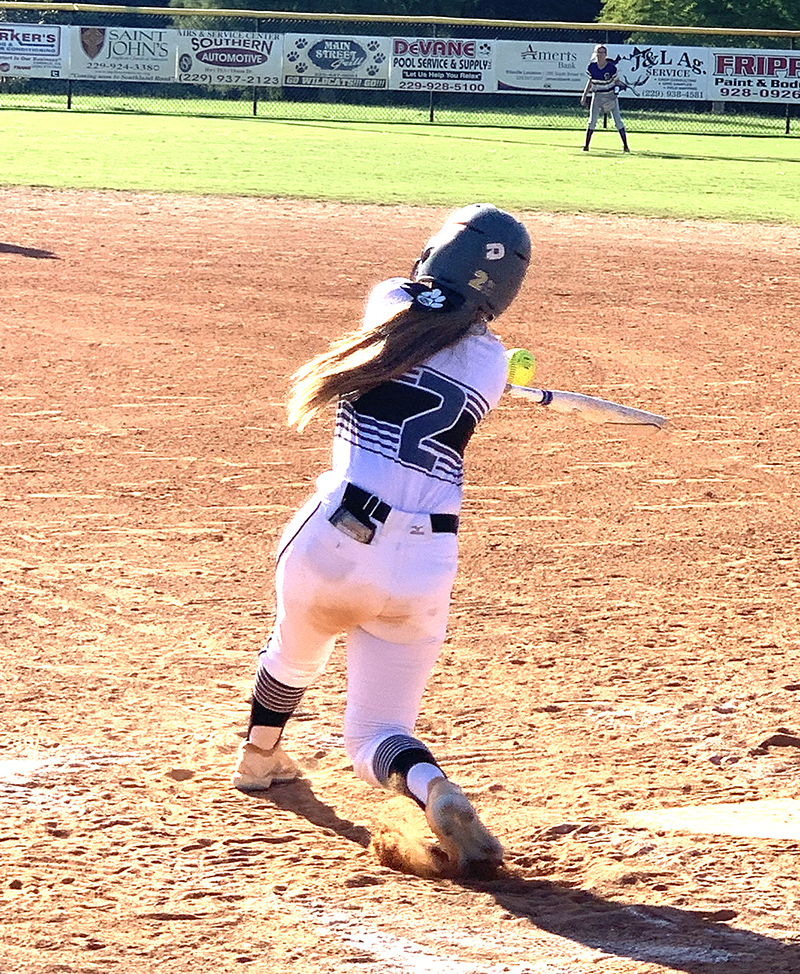 Schley County catcher Landry Whaley is seen here competing in a previous game. Whaley went 1-for-2 at the plate in the Wildcats’ 11-3 win over Hawkinsville. ATR Archive

The Wildcats jumped on the Red Devils early in the game by scoring five runs in the bottom of the first inning.

With two outs in the bottom of the first, Renee Rix singled to left field. This was followed by an RBI double by Saige Whaley to bring in Rix for the first run of the game. After Landry Whaley was hit by a pitch and Perri DeVane drew a walk, Berkley Goodin was also hit by a pitch. Courtesy runner Maddie Walker was able to score on a passed ball to increase the Wildcats’ lead to 2-0.

Hannah Crawford then drove in two more runs on an infield single to give SC a 4-0 advantage. The Wildcats got their final run of the inning when Tamia Kelley knocked in Goodin on an RBI single.

The Red Devils scored their first run of the game in the top of the second inning. With one out, Mary Claire Daniel singled to left field. After SC pitcher Saige Whaley struck out Makema Gernert for the second out, Gracie Collins drove in an RBI single to cut the Wildcats’ lead to 5-1.

Each team scored a run in the third inning to make the score 6-2 in favor of SC. However, the Wildcats put the game away in the bottom of the fourth by scoring five runs on five hits. The Red Devils scored another run in the top of the fifth inning, but couldn’t get any closer.

Crawford led the Wildcats’ offensively by going 3-for-3 at the plate with five RBIs.

Starting pitcher Saige Whaley had another solid outing in the circle. She gave up three runs on eight hits. Two of those runs were earned. Whaley walked none and struck out three Red Devil batters.