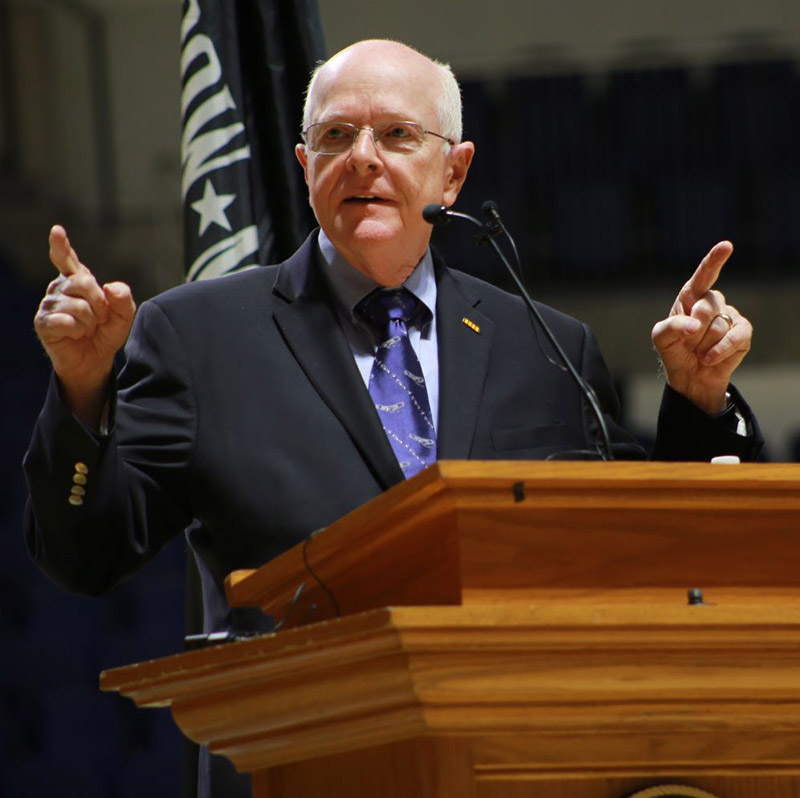 Col. Robert Certain (ret.) was featured speaker at the 14th annual Prisoner of War/Missing in Action (POW/MIA) Convocation on the campus of Georgia Southwestern State University.

The convocation was held in conjunction with the POW/MIA Recognition Day events, which honor service members who were prisoners of war and those who are still missing in action. This year, Recognition Day was observed on Friday at the park’s National Prisoner of War Museum at Andersonville National Historic Site.

Born in Savannah, Certain graduated from Emory University in Atlanta with a degree in history and a commission in the U.S. Air Force. As a B-52 navigator, he flew 100 missions over Southeast Asia in 1971, and 1972. He was shot down and captured in December 1972, and held as a POW until the war ended.

Following the Vietnam War, Certain attended the School of Theology, an Episcopal Church seminary in Sewanee, Tennessee, and was ordained as a priest in 1976, after he received his master of divinity degree. In 1990, he was awarded his doctor of ministry degree from the School of Theology and served as a military chaplain in the Air Force.

When former President Gerald R. Ford died in late 2006, Certain led all the memorial services and presided at his burial in Michigan. Today, Certain serves as the National Commander of the American Ex-Prisoners of War (AXPOW) organization.