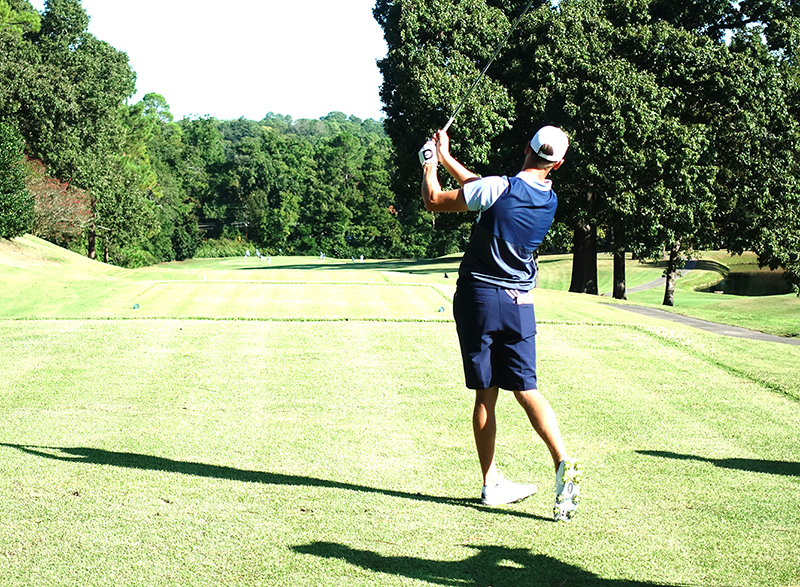 COLUMBUS, GA – Georgia Southwestern State University (GSW) men’s golfer Vincent Norman finished day one of the AFLAC/Cougar Invitational in second place and has led the Hurricanes to a fifth-place finish after the first day of competition.

The tournament is being played Monday through Tuesday, September 23-24, at the Country Club of Columbus.

Delta State’s Zach Zediker finished in first place after day one by carding rounds of 73 and 62 for a score of 135 (-7). Six players finished day one tied for second place as they all carded scores of four-under 138. St. Leo’s Kevin Johnson, Jordan Doull of Columbus State, Alex Hodge of Carson-Newman, Johnny Tucker of Florida Southern and Carlos Bustos of Lynn University all finished in the same pact.