Raiders struggle to find their groove against Valwood 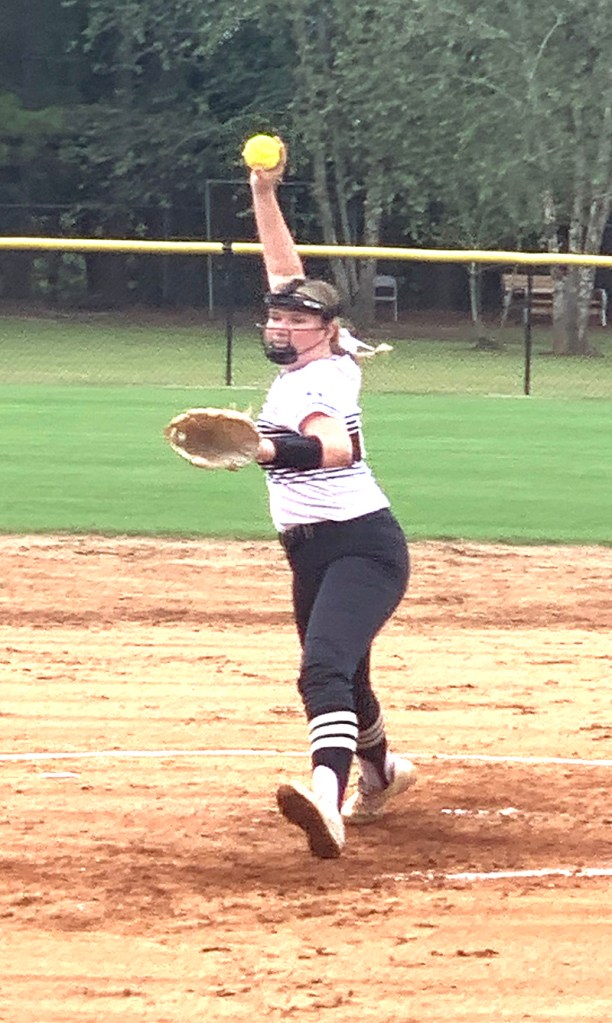 Southland Academy starting pitcher Rylan Youngdale gave up eight runs on nine hits in the Raiders’ 8-0 loss to Valwood. In spite of the rough outing, Youngdale was recently chosen to play in the upcoming GISA All-Star Game. ATR Archive

VALDOSTA – The Southland Academy Raider softball team struggled to get anything going offensively. As a result, they were defeated by the Valwood Valiants in an 8-0 shutout on Tuesday, September 24, at the Valwood School (VS).

With the exception of one hit by SA third baseman Alli Dent, the Raiders were unable to solve VS starting pitcher Darcee Brown. Brown pitched four innings, allowing no runs on one hit. She walked one batter and struck out three.

Graceigh Booth and Gailey Shaw led the Valiants on offense. Both players went 2-for-3 at the plate, scored a run and drove in two RBIs.

The Raiders’ only hit of the game came in the top of the first inning as Dent led things off with a single to left field.

SA starting pitcher Rylan Youngdale gave up eight runs on nine hits, but four of those eight runs were unearned. In spite of the rough outing, Youngdale recently learned that she will be representing the Raiders in the upcoming Georgia Independent School Association (GISA) All-Star Game.

The Raiders also struggled defensively as they committed four errors in the contest.

The Raiders will try to regain their winning ways when they travel to Thomasville, GA on Thursday, September 26, to take on Brookwood. First pitch is scheduled for 4:30 p.m.

Wildcats fall to Marion County in battle of top…