Giusti doubles up in GSW’s 5-0 win over Talladega 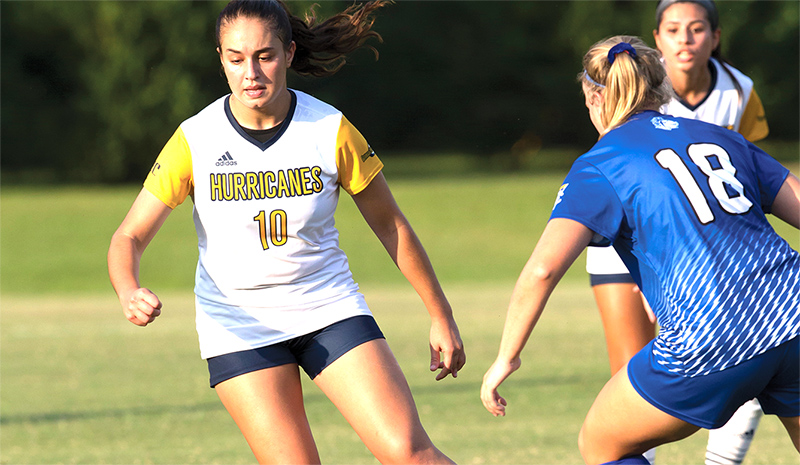 Giusti’s two goals came within seven minutes of each other, as GSW already had a 3-0 lead. The Lady Hurricanes wasted very little time getting on the board as Leila Hamed scored 34 seconds into the match. Then in the 24th minute, Payton Johnson scored when she took a pass from Geraldine Alvarez and put the ball in the back of the net to give the Lady Hurricanes a 2-0 lead. Two minutes later, Laura Duran Blanco received the ball off a corner kick from Alison Rugel and scored on an easy tap-in to increase GSW’s lead to 3-0.

Giusti’s first goal of the match came when she received a pass from Johnson and dribbled through for her first goal of the night. Seven minutes later, a blocked shot by the TC goalkeeper led to a clear sight for Giusti as she captured her second goal to give the Lady Hurricanes a 5-0 lead at the half.

All of the goals scored by GSW took place in the first half. They took 57 shots for the match and 21 of them were on goal. The Hurricanes also had 10 corner kicks in the match and held the Lady Tornadoes to none. TC struggled to cross midfield in this match and only got off three shots during the entire match. GSW goalkeeper Hannah Morrone was able to notch her second clean sheet (shutout) of the season.

The Lady Hurricanes (3-2-1) will now focus on a short trip down US Highway 19 to Albany, GA on Saturday, September 28, for their first Peach Belt Conference match of the season against Albany State. Kick off for that match is scheduled for 7 p.m.