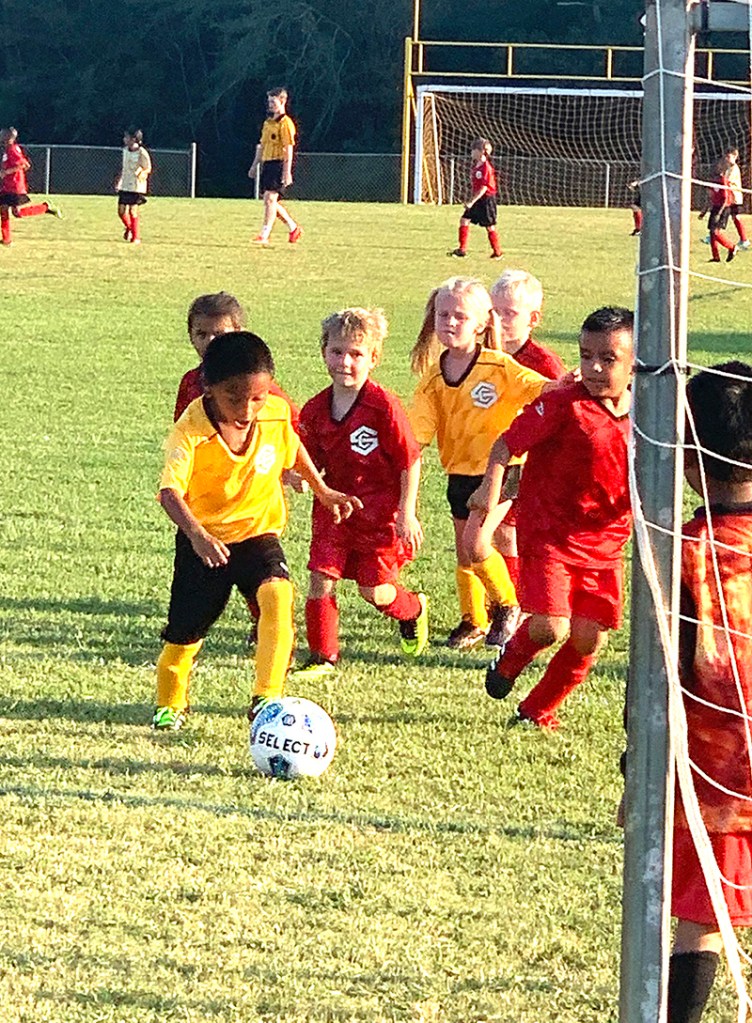 Ahvenn Gonzalez of the 7U Vipers soccer team is about to score one of his three goals in the Vipers’ 8-0 win over the Fire. Photo by Ken Gustafson

AMERICUS – Ahvenn and Avienn Gonzalez each scored a hat trick (three goals) to lead the 7U Vipers to an 8-0 win over the fire, while Jose Ricardo scored a hat trick to lead the 13U Galaxi past Arsenal by the score of 3-2 in Sumter County Parks and Recreation Department (SCPRD) recreation soccer action on Monday evening, September 30, at the Sumter County Parks and Recreation soccer complex. 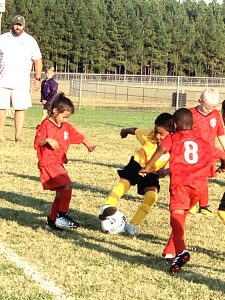 Avienn Gonzalez tries to dribble through two 7U Fire defenders. Gonzalez scored three goals to help lead the 7U Vipers to an 8-0 victory.
Photo by Ken Gustafson

The Gonzalez brothers spearheaded the Vipers’ unstoppable offensive attack as they dribbled through the Fire’s defense to score three goals each. Hunter Collier and D.J. Garcia added two more goals for the Vipers. 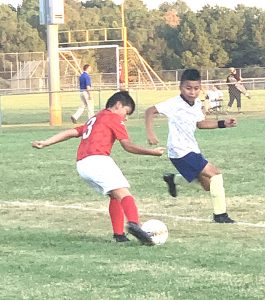 Ibis Gonzalez of the 13U Arsenal soccer team tries to get past a Galaxi defender.
Photo by Ken Gustafson

In the 13U division, Jose Ricardo scored three goals to lead the Galaxi past Arsenal by the score of 3-2. The SCPRD has youth recreation soccer matches every Monday and Thursday evening through mid October.