Errors prove costly to Raiders in loss to Windsor Academy 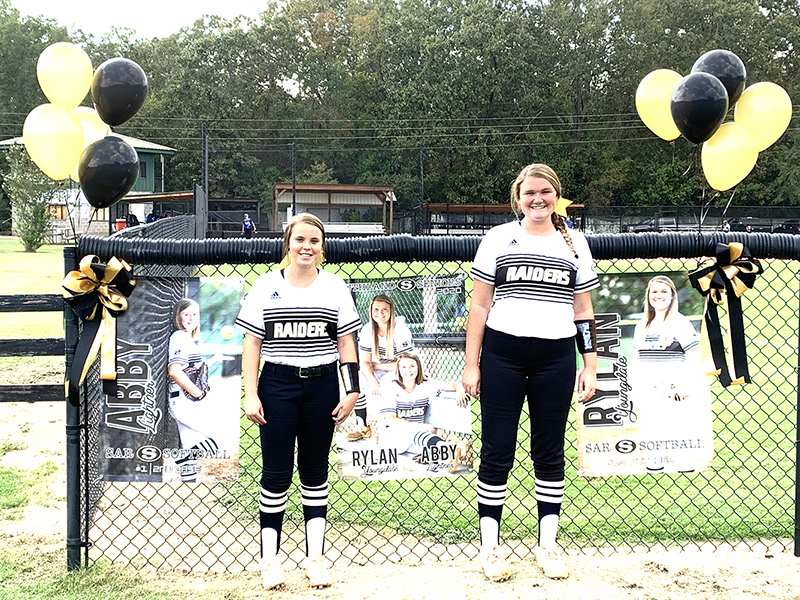 AMERICUS, GA – The Southland Academy Raider softball team (SA) celebrated Senior Day on Wednesday, October 2, when they hosted Windsor Academy (WA) in a non-region contest. SA senior pitcher Rylan Youngdale and senior second baseman Abby Lightner were both honored before the game for their contributions to the SA softball program. Unfortunately, their Senior Day game as Raiders didn’t go as planned as the WA Knights defeated the Raiders 7-4 at the SA softball complex.

The Knights scored seven runs on six hits in this game, but were aided by three errors committed by the Raiders.

Going into the top of the sixth inning, the game was tied at 2-2. However, WA scored three runs on one hit, a hit batsman and two errors. Sierra Ussery led off the inning when she was hit by a pitch from Youngdale. Then Chloe Jackson reached on a fly ball that SA right fielder Katie Rogers was unable to catch. With runners at first and second and nobody out, Brinsley Smith singled to center field, loading the bases for Josie Spradley. Spradley popped out to third base for the first out, but WA courtesy runner Lily Kilgore was able to score on a passed ball by SA catcher Sara Beth Storey. Both Jackson and Smith advanced on the passed ball and the Knights had runners at third and second with one out. Lola Newberry then hit a ground ball and reached on an error by SA shortstop Holly McCain. The error allowed both Jackson and Smith to score and gave the Knights a 5-2 lead. 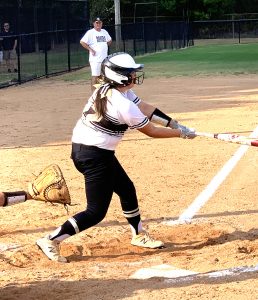 Southland Academy right fielder Katie Rogers went 3-for-4 at the plate with an RBI in the Raiders’ 7-4 loss to Windsor Academy.
Photo by Ken Gustafson

WA scored two more runs in the top of the seventh inning. With two outs, Jordan Moss drew a walk. Then Ussery belted a two-run home run over the left field fence to increase the Knights’ lead to 7-2.

The Raiders fought to get back in the game by scoring two runs in the bottom of the seventh. Storey led off with a single. After Brookland Weaver flew out for the first out, Reese Roland was able to reach on an error. Putting runners at first and second with one out. McCain flew out to left field for the second out, but Rogers knocked in an RBI single to cut the Raiders’ deficit to 7-3. Morgan Weaver then hit a ground ball and reached on another error. This allowed Roland to score, cutting the Knights’ lead to 7-4. However, Lightner grounded out to second base to end the game. 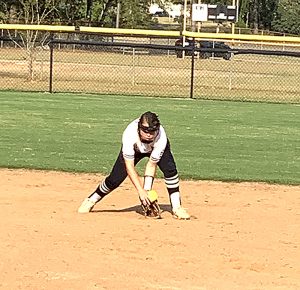 Rogers led the Raiders’ offense by going 3-for-4 at the plate with three singles and an RBI. Both the Weaver sisters, along with McCain, went 1-for-3 at the plate for SA.

Youngdale gave up seven runs on six hits in her Senior Day performance, but only three of those runs were earned. She struck out two batters and walked two.

Ussery led the Knights’ offense by going 2-for-3 with a two-run home run. 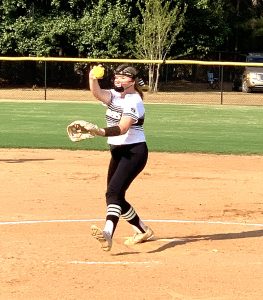 The Raiders will travel to Dawson, GA to take on Terell Academy on Monday, October 7. First pitch is scheduled for 4:30 p.m.

Being that SA has secured a second-place finish in Region 3-AAA, they will host Tiftarea Academy in a best-of-three-games series on Tuesday, October 15. The first game is scheduled for 12:30 p.m. Game 2 will follow at 2:30 p.m. If a third game is necessary, it will be played at 4:30 p.m.