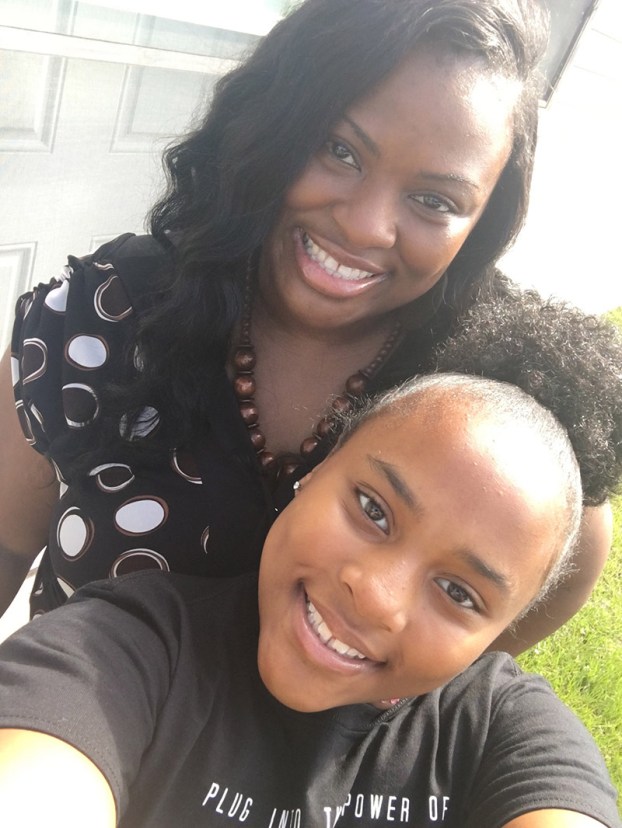 AMERICUS — A visit to the nation’s capitol has given a local 12-year-old the opportunity to see history come to life.

Shantrell Alexandria Hall, a seventh-grader at Sumter County Middle School, was one of a select group of students from around the nation chosen for a weeklong trip last summer to Washington, D.C., Baltimore, Md., and the University of Virginia, sponsored by Envision. According to its website, Envision is an immersive career exploration and leadership development program, that since its inception in 1985, has inspired more than 800,000 student. “Located at top college campuses across the country, Envision programs are taught by subject matter experts and built on modern, 21st-century learning principles. From performing a surgery using virtual reality, to conducting a mock trial in an actual courtroom, to learning how to create a grassroots organization to affect positive change, Envision programs provide practical, hands-on learning experiences that students call ‘amazing’ and parents call ‘transformative.’ Shantreel described is fundamentally, “It basically teaches you about history and the past.”

Shantrell was asked by the Times-Recorder to point out some highlights of her trip. “We visited Harper’s Ferry,” she said. “It was a place where people … came to escape from slavery. We went to Capitol Hill. We viewed the Lincoln Monument; we drove past the White House. We went to the National Museum.” She said the group also visited places that displayed historical collections.

Of her first plane ride, Shantrell said she was “nervous at first … but … it was like … you’re not really in the sky if you don’t think about it real hard.” She said she went to sleep on the plane and awakened shortly before landing when her ears started popping. 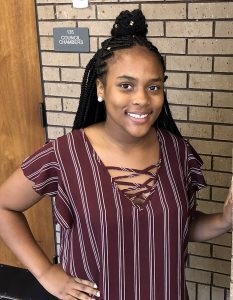 Shantrell Hall, a 12-year-old Americus student, is confident of what her future will bring because she’s ‘going for it.’

Hall was the only student from Georgia to be invited by Envision. She said her teacher, Tanyette Hill, a sixth-grade social studies teacher at Sumter County Intermediate School, had spoken with Hall’s mother, Laquithia Leverette, after Honors Day at the school about nominating the 12-year-old for the program and the trip. Her teachers told her mom that Shantrell was a student who “participates, is academically smart, behaves wel, and does anything asked the first time.” She was one of about 200 students from all over the country, making friends which she keeps up with still.

Her classes on the trip included leadership, group discussion, and the exploration of historical sites which was of utmost interest to the budding historian. Shantrell was chosen to speak for her bus group on one of the excursions, on how to use what she learned in leadership class when she returned to her home community. She told the Times-Recorder that she visited a local group center after she returned home and played bingo with some of the residents and sang songs with them. She also read with local kids and helped with a daycare event in which she taught pre-K students a praise dance. She and her mother attend Americus Holiness Deliverance Temple under the leadership of Pastor Michael Fowler. Shantrell dances on the Praise Dance Team and sings with the Youth Chorale at her church under the direction of Christopher Lundy Sr. She said she’s been singing since she was two and half years old.

In addition to church and school activities, Shantrell also cheers with Emerald Elites, an all-star cheering team that travels to cheer with other teams, she explained. Kevia Pless and Chantel Greene are the local coaches.

An A and B student, Shantrell said she likes all her subjects but history most of all.

When asked what she might want to study in college, the self-assured young woman gave her “life plan.” She wants to be valedictorian of her senior high school class before attending Mary McLeod Bethune University in Daytona Beach, Fla., to study criminal justice. “I want to take FBI training in Quantico, Va.,” she said with confidence and a smile. She also wants to get her master’s and doctorate degrees in criminal justice, graduating with a high GPA before going to Harvard University to take her state exam in criminal justice. This all leads up to her plan to become a profiler for the FBI in the behavior analysis unit. “And I want to be chief,” she said. She also wants to be a member of the Delta Sigma Theta Sorority in the future.

She was asked why criminal profiling holds such a particular interest for her. “I want to put away people who really don’t deserve to be here,” she said pragmatically, adding that people should not do what is not right.

She also has plans to start a business in the future as a way to help people who don’t get enough attention at home, “to help them grow into a very mature person. … because sometimes that’s the reason people are doing what they’re doing because they don’t feel like they have enough love or support behind them.”

She also wants to get married some day and have twin girls and a boy, she said. This young student is very detailed in her dreams for her future.

Shantrell was able to share with her seventh-grade classmates at the beginning of the school year what she had done over the summer.

Of her trip to Washington, she said, “I finally got to do something that’s important to me; I got to explore something that interests me. Deep down inside I really wanted to cry but I couldn’t because I was proud of myself and all the things I have accomplished.”

With this much intelligence and confidence, there’s little doubt that Shantrell Hall will see every one of her dreams come to reality.