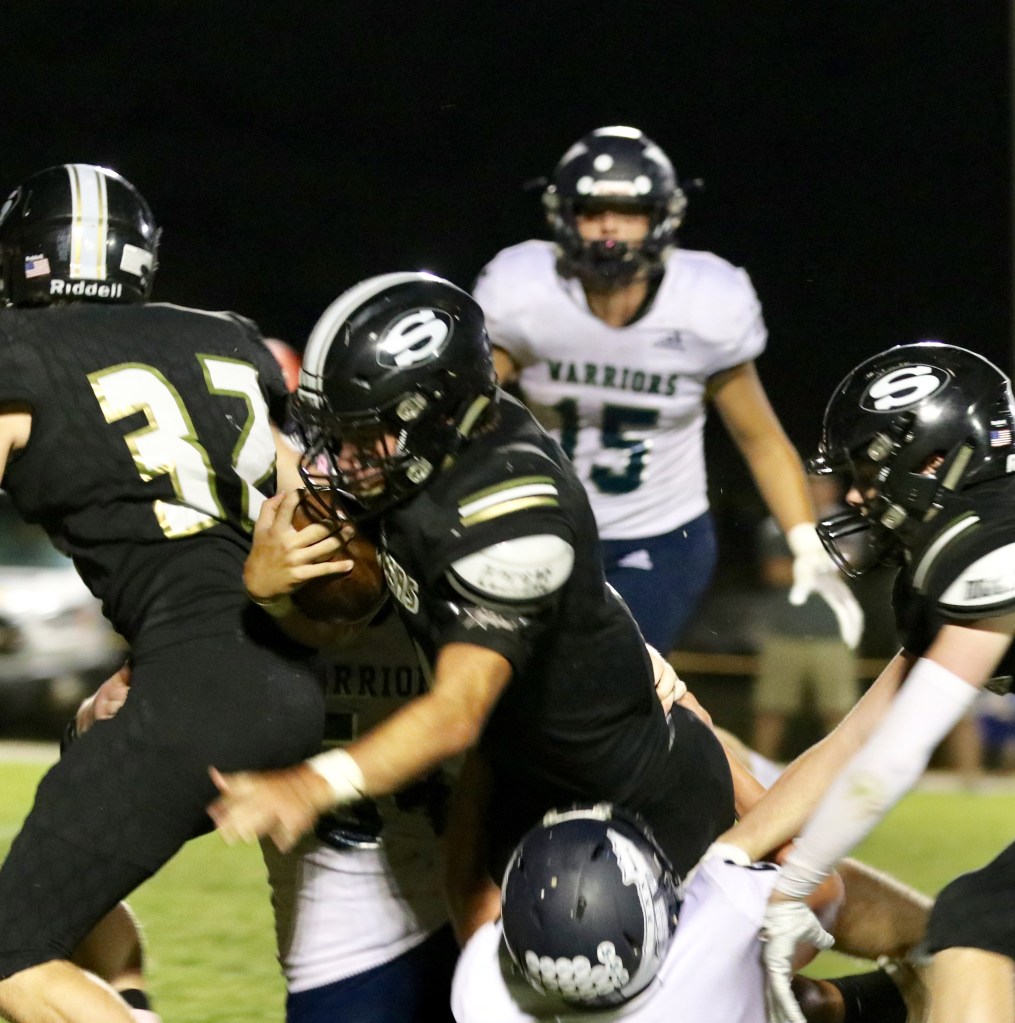 Southland running back Owen Exley carries the rock against Brookwood. Exley rushed for 51 yards on eight carries to help the Raiders in their 40-20 win. Photo by Sherry Bass

AMERICUS – Coming off a tough 49-28 loss to Glenwood (AL) last week, the Southland Academy Raider football team (SA) was eager to get back on track when they faced their fellow GISA Region 3-AAA opponents Brookwood. That eagerness led to a 40-20 victory hard-fought victory over the Warriors on Friday, October 11, at Harvey Simpson Stadium on the SA campus. 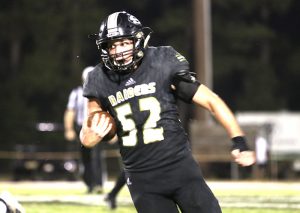 Southland running back Hunter McCain rushed for 48 yards on 10 carries and scored two touchdowns in the Raiders’ 40-20 win over Brookwood.
Photo by Sherry Bass 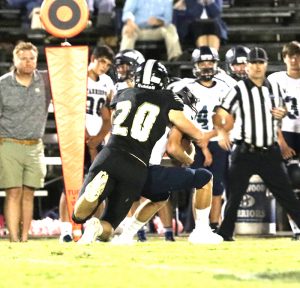 With the win, the Raiders improve to 4-2 overall and 1-0 in Region 3-AAA play. They will try to stay undefeated in the region when they travel to Valdosta, GA next Friday, October 18, for a showdown against the Valiants of Valwood. Kickoff is scheduled for 7:30 p.m.