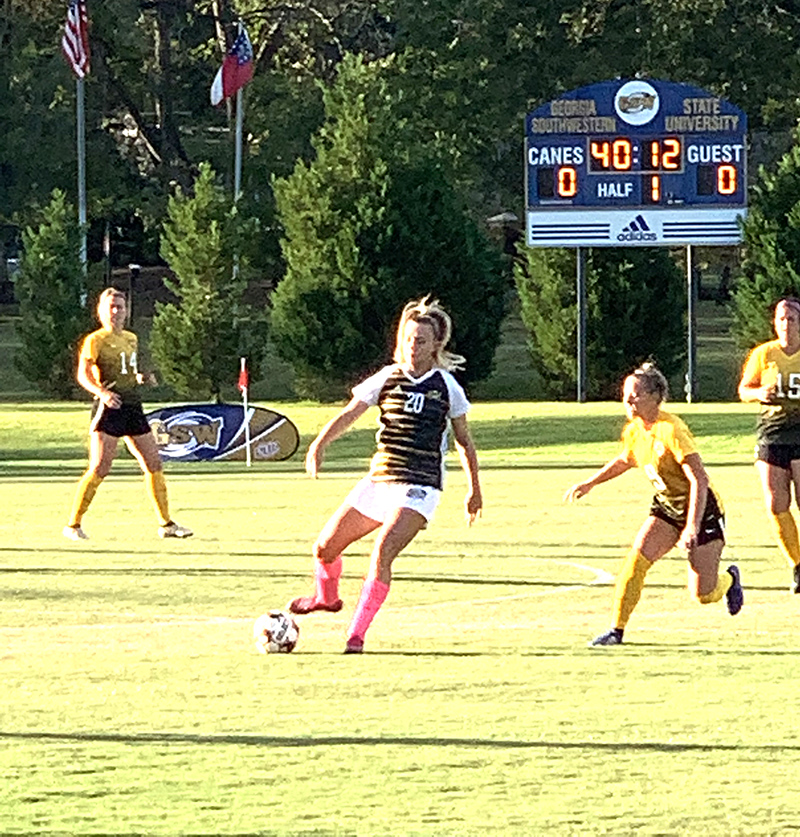 AMERICUS – The Georgia Southwestern State University women’s soccer team (GSW) battled fiercely throughout their match against the Lady Lions of Emmanuel College (EC). However, the Lady Lions got two second-half goals from Hannah Logue in the 65th minute and Lochlain Corliss in the 88th minute to defeat GSW 2-0 on Wednesday evening, October 16, at Hurricane Field.

It was an evenly played match, with both teams exhibiting a high work rate and neither team dominating the run of play. It was a match that the Lady Hurricanes had a legitimate chance of winning, but they were unable to finish their chances.

“It was one of those games. It’s hard to accept that, but that’s the reality and we just need to bounce back,” GSW head coach Enrique Rodriguez said. Rodriguez went on to say that his club needs to put this defeat behind them because they have a very tough upcoming match on Sunday afternoon, October 20, when they host Peach Belt Conference (PBC) opponent Young Harris College (YHC) on Senior Day. 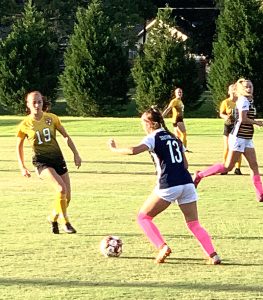 During the first half, both teams had the run of play, but the Lady Lions limited GSW’s amount of shots on goal. The Lady Hurricanes were only able to get two shots on goal during the entire first half. Neither team could score a first-half goal. As a result, both teams went into halftime with the score tied at 0-0.

A few minutes into the second half, the Lady Hurricanes had a golden opportunity to score when Ashlyn Baker received the ball inside the 18-yard box off a corner kick. However, her shot sailed over the cross bar. EC scored their first goal when Hannah Logue picked up a loose ball inside the box and put it into the back of the net. Then in the 88th minute, GSW goalkeeper Hannah Morrone collided with a teammate inside the box, allowing EC’s Lochlain Corliss to dribble past them and score.

During the second half, GSW outshot EC 7-4, but for the match, The Lady Lions held a 13-9 advantage over GSW in shots on goal. Hannah Morrone had a total of three saves on the night and EC goalkeeper Hannah Welch also tallied three saves.

With the loss, the Lady Hurricanes fall to 3-8-1 on the season and are still winless in the PBC at 0-5. Kickoff for Sunday’s Senior Day match against YHC is scheduled for 3 p.m. The Lady Hurricanes will be honoring seniors Michelle Gustavsen, Alison Rugel, Brenna Mendonca and Kaily Short.