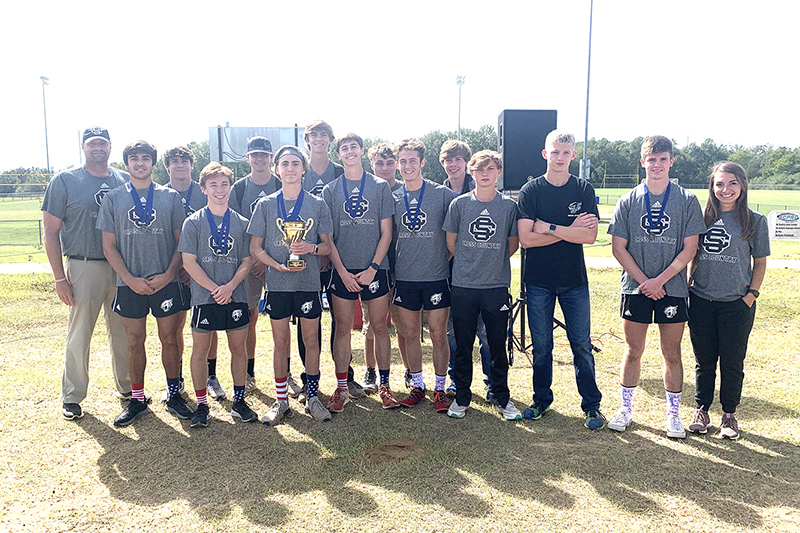 AMERICUS – It was a great day for both the Schley County High School boys’ and girls’ cross country teams (SC). The Wildcats won the team championship and the Lady Wildcats finished in third place at the GHSA Class A Area 1 Championship held at the Sumter County Parks and Recreation course on Thursday, October 17.

Schley County cross country coach Gabe Theiss summed up the reason for the success of both teams at the meet. “They just worked extremely hard. That’s the reason that we’re here,” Theiss said. “They have progressed. Every one of them has gotten better. As a matter of fact, we had several PRs (personal best times) today. Several were just a couple of seconds off of it. The progress that they made, due to their hard work, is what I’m proud of. I’m just extremely proud of the boys and I’m extremely proud of the girls as well for advancing to state. They finished third today. The boys really have an opportunity to win the state championship in a couple of weeks.”

The SC boys’ team won the meet with a total of 31points and was far ahead of runners-up Hawkinsville, who finished in second place with 102 points. In cross country, like golf, the goal is to have the lowest amount of points as possible. 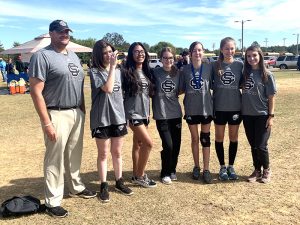 SC junior David Williams won the boys’ race and finished in a time of 17:17.60. Williams credits lengthening his distance runs in training as the mean reason for his progression from the beginning of the season to now. “I went from running three to four miles a day on the weekends to running six to seven a day…waking up when the sun rose and running six and just getting my day going afterwards,” Williams said. 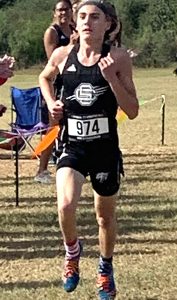 Schley County junior David Williams won the individual championship by winning the boys’ race at the GHSA Class A Area 1 meet. Williams finished the race in a time of 17:17.60.
Photo by Ken Gustafson 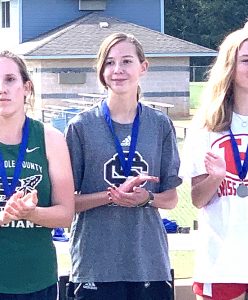 Schley County sophomore Grace Hardage (center) finished in third place in the girls’ race at the GHSA Class A Area 1 Meet with a time of 23:47.30. Hardage was just four seconds out off second-place finisher Cady Sewell of Hawkinsville (23:43.40).
Photo by Ken Gustafson

On the girls’ side, SC’s Grace Hardage was the first Lady Wildcat to cross the line. Hardage finished in third place in a time of 23:47.30. While she was pleased with her performance, Hardage believes that she could have turned in a better result. “I honestly think that I could have done better,” Hardage said. “I tied with my PR that I’ve had before. I was so close to second and I could have done better, but that’s ok because I’m still proud of being here.” 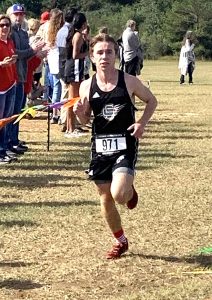 SC junior Aaron Pinckard finished in fifth place at the GHSA Class A Area 1 Meet in a time of 18:31.70.
Photo by Ken Gustafson 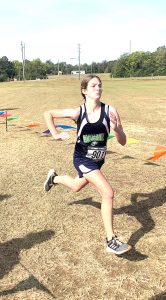 Furlow Charter sophomore Talana Holloway sprints towards the finish line. Holloway finished the race in a time of 30:22.30.
Photo by Ken Gustafson 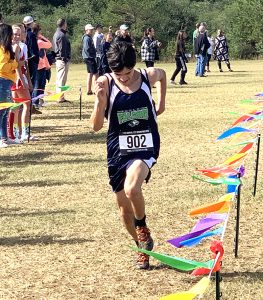 Furlow Charter freshman Apollo Huss turned in a solid performance at the GHSA Class A Area 1 Meet by finishing with a time of 22:10.70.
Photo by Ken Gustafson