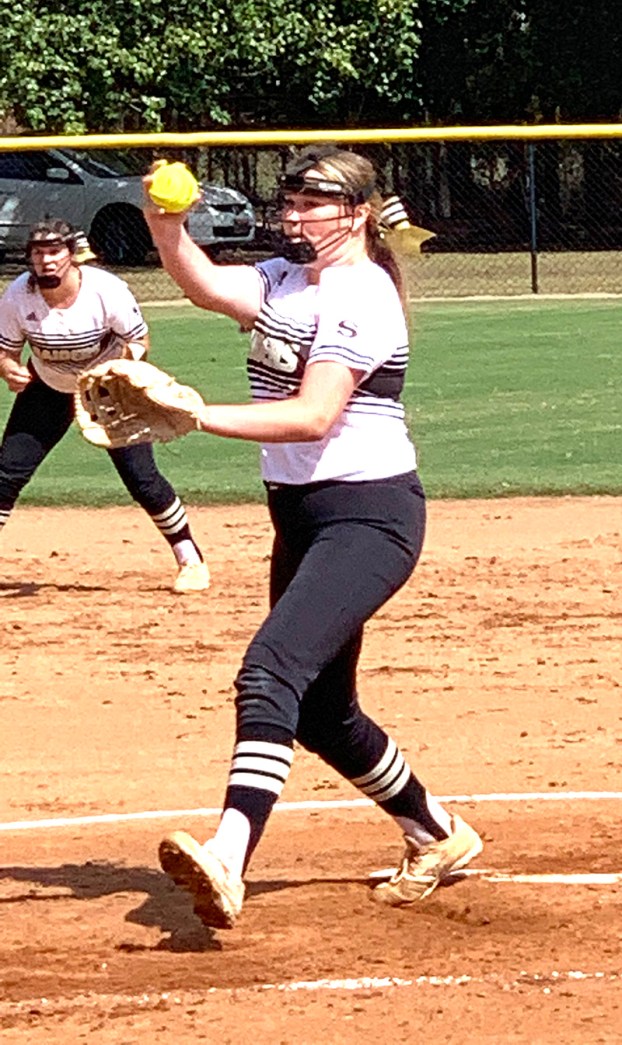 Southland Academy senior pitcher Rylan Youngdale pitched her final two games as a Raider in the two state playoff losses to Tiftarea Academy on Thursday, October 17. Youngdale had a combined total of four strikeouts on the day. Photo by Ken Gustafson

AMERICUS, GA – The 2019 season for the Southland Academy Lady Raider softball team (SA) came to an unfortunate end as they were swept in two games by the Lady Panthers of Tiftarea Academy (TA) by the scores of 5-2 in Game 1 and 9-0 in Game 2 in the first round of the Georgia Independent School Association (GISA) Class AAA State Playoffs on Thursday afternoon, October 17, at Southland Academy.

In both games, it came down to one bad inning for the Raiders. In Game 1, the Lady Panthers scored two runs on two hits in the top of the fifth inning, including a two-run double by Ali Strenth that sealed the Panthers’ 5-2 win. In Game 2, it was an eight-run second inning in which TA scored eight runs on four hits and took advantage of two errors committed by SA. The Panthers went on to win Game 2 by the score of 9-0 to sweep the two-game series and eliminate the Raiders.

In spite of the disappointing end to the season, SA head coach Rusty Tondee is proud of what his team was able to accomplish this year. “I think we got better from day one,” Tondee said. “We played hard. They laid it out on the line for us. There were a couple of breaks in the game that didn’t go our way that kind of led to a big inning in that second game. We started early in Game 1 in that first inning. We were matched 2-2. McKenna McCard is a good pitcher and she found a way to kind of keep us off base and keep us from scoring. I give Tiftarea credit. They’re a good team, but our team is a good team. We’ll be back next year. I look forward to making it one more round than we did this year.” 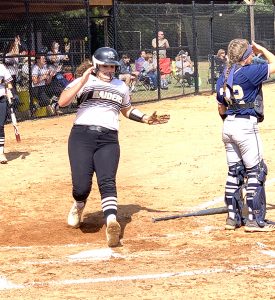 Southland Academy’s Jadie Burell scores one of two runs the Raiders had in their 5-2 loss to Tiftarea Academy in Game 1 of the GISA state playoffs.
Photo by Ken Gustafson

Tondee was referring to TA starting pitcher McKenna McCard. She started both games in the circle for the Panthers. In the two games she pitched, McCard gave up a combined total of two runs on 10 hits while striking out 10 SA batters and issuing only one walk.

SA starting pitcher Rylan Youngdale pitched the final two games of her high school career on Thursday. In the first game, Youngdale gave up five runs on seven hits and three of those runs were earned. She walked one batter and struck out three. In the second game, Youngdale gave up five runs on five hits, with four of those runs being earned. She walked two batters and struck out one. 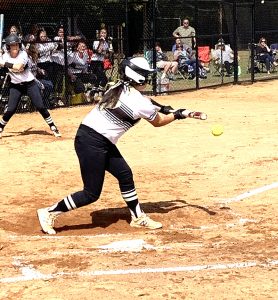 Southland right fielder Katie Rogers tries to lay down a bunt during the GISA state playoffs against Tiftarea Academy.
Photo by Ken Gustafson

In Game 1, both Reese Roland and Abby Lightner led the Raiders’ offensive attack. Both players went 2-for-3 at the plate with two singles and Lightner had a stolen base. For the Panthers in Game 1, Ellie Bryan and Sara Kate Lupo each went 2-for-4 at the plate to lead TA, with Bryan scoring three runs and Lupo driving in another.

In Game 2, the Raiders were only able to muster two hits and scored no runs. Sara Beth Storey and Morgan Minick each tallied a hit in that game. 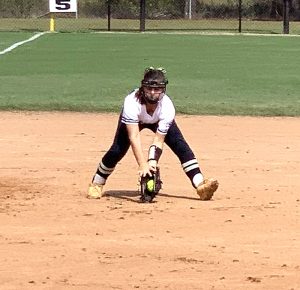 The Raiders end the 2019 season with a record of 10-13. They will lose two seniors in Youngdale and Lightner, who both had excellent careers as Raiders. However, the Raiders will return everyone else, which should bode well for them in 2020.