Raiders suffer first region loss of the season at Valwood 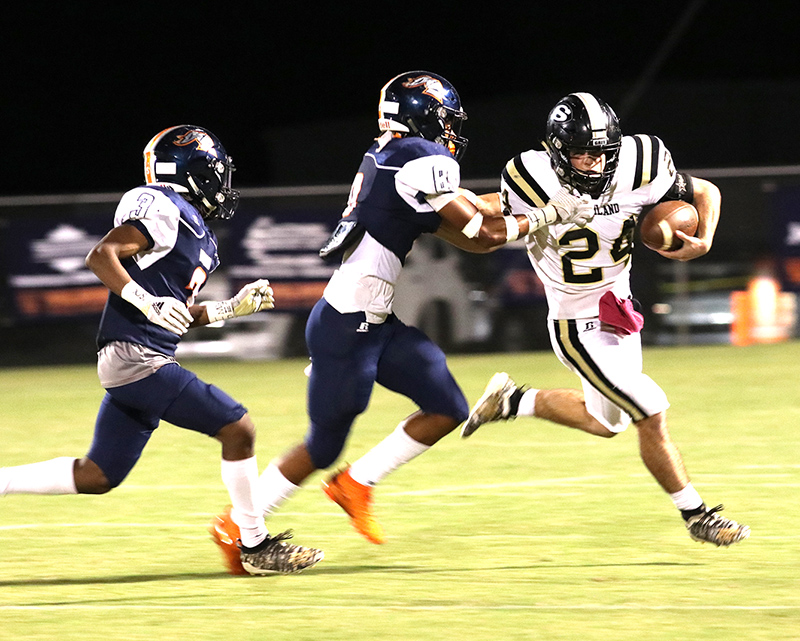 Southland running back Clay Owens (24) rushed for 167 yards on 17 carries and scored two touchdowns in the Raiders’ 30-14 loss at Valwood. Photo by Sherry Bass

HAHIRA, GA – The Valwood Valiants jumped out to a 20-0 lead against the Raiders and never looked back en route to a 30-14 win over Southland Academy (SA) on Friday evening, October 18, at the Valwood School (VS) in Hahira, GA.

With the loss, the Raiders fall to 4-3 overall and are now 1-1 in the GISA 3-AAA standings. 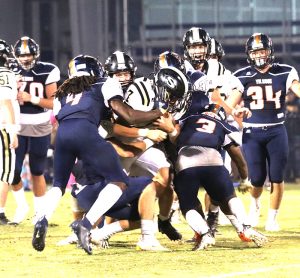 According to information obtained from the Valdosta Times, the Raiders were shutout for the first three quarters of the game and scored all of their points in the fourth quarter. Part of this was due to the VS run defense. Though Owens and the other Raider backs had a decent performance, the Valiants were able to keep the Raiders’ running attack in check.

VS also had a more effective passing game than did the Raiders. The Valiants threw for 157 yards, while Landon Law completed three of six passes for just seven yards. 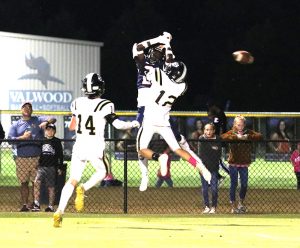 Southland defensive back Adam Smith (12) breaks up a pass against a VS wide receiver.
Photo by Sherry Bass

On the defensive side of the ball, McCain had a tremendous game as he tallied a total of 11.5 tackles on the night. Riley Parker had five and a half tackles and Owen Exley,   James Griffin and Nathan Duke each earned five tackles on the evening.

With the win, the Valiants vault to the top spot in the Region 3-AAA standings (2-0).

The Raiders will try to bounce back when they travel to Albany, GA to take on the Knights of Deerfield-Windsor on Friday, October 25. Kickoff is scheduled for 7:30 p.m.