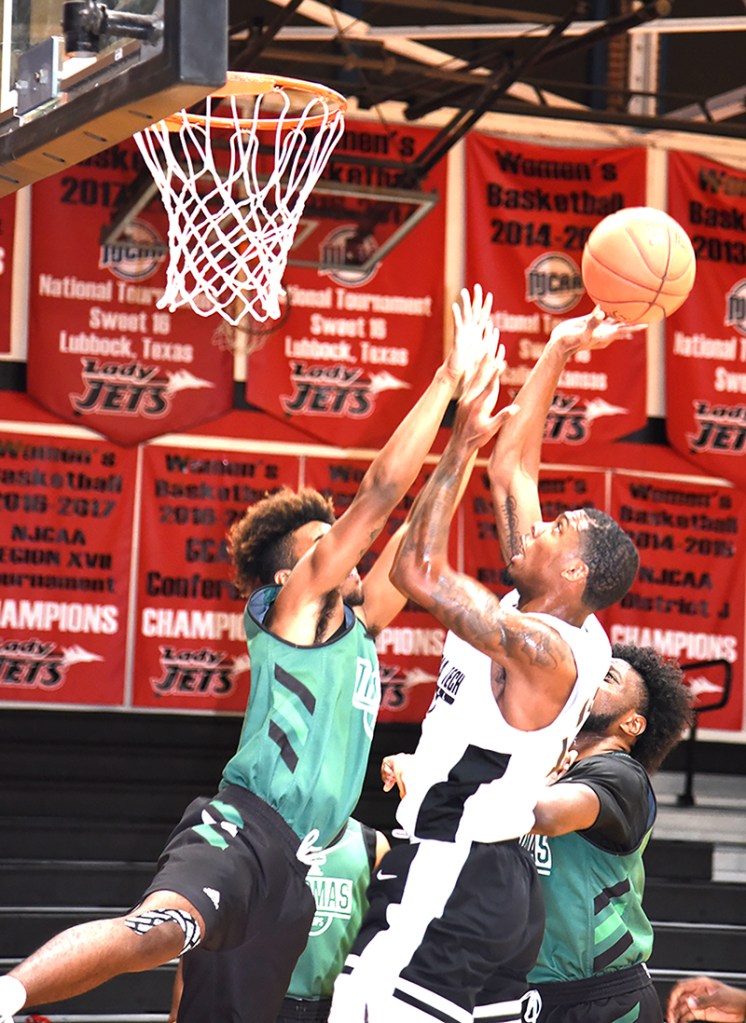 AMERICUS, GA – The South Georgia Technical College (SGTC) men’s basketball team defeated Thomas University (TU) in a pre-season scrimmage by the score of 70-53 on Tuesday, October 22, at the Hanger on the SGTC campus.

TU, an NAIA school from Thomasville, GA, led by four points early in the game, but the Jets took over from there on their way to the victory.

“We are making progress and headed in the right direction,” SGTC head coach Travis Garrett said. “Overall, I thought the guys played hard, but we open the season on Friday, November 1, with Cape Fear in the Cape Fear Classic in Wilmington, NC. Cape Fear made it to the Sweet 16 of the national tournament last year and they will be good again this year.” Garrett went on to say that Cape Fear has a couple of NCAA Division 1 transfers who will be bringing a lot of experience to their team and that the Jets are looking forward to the challenge.

While Garrett knew that the game against TU was a scrimmage game, he felt good about letting everyone get some time on the court. “I know we have a deep bench, which is refreshing,” Garrett said. “There was not any drop off when we sent five new guys on the court. Honestly, the second group with sophomores Brice Paster and Toriano Lewis, along with freshmen Austin Hadden, Tabais Long and Jalen Reynolds, were better because the spark they gave us off the bench with their energy pulled us into the lead.”

Returning sophomore guard Toriano Lewis (0) was the top scorer for the Jets in the scrimmage with Thomas University. He had a total of 14 points.
Photo by Su Ann Bird

The Night Hawks got the first basket of the game with 17:59 left in the first half. They maintained the lead and were up 7-5 with 14:05 to go in the half. However, within three minutes, the SGTC second teamers came in and quickly turned the game around. At the 11:19 mark of the first half, the Jets had built a 12-7 lead. Then they went on a 10-4 run to increase their lead to 22-11 with 7:22 left in the first half.

Three Jets scored in double figures. Lewis led SGTC in scoring with 14 points. The majority of those points came off of his four three-pointers. Hadden was the Jets’ second-leading scorer with 11 points and sophomore Justin Johnson chipped in 10 points for the Jets in the winning cause.

The SGTC Lady Jets will also host a scrimmage game before their season opener. That game will take place on Saturday, October 26, against Wesleyan College, an NCAA Division 3 school in Macon, GA. Tip off from the Hanger is scheduled for 1 p.m.