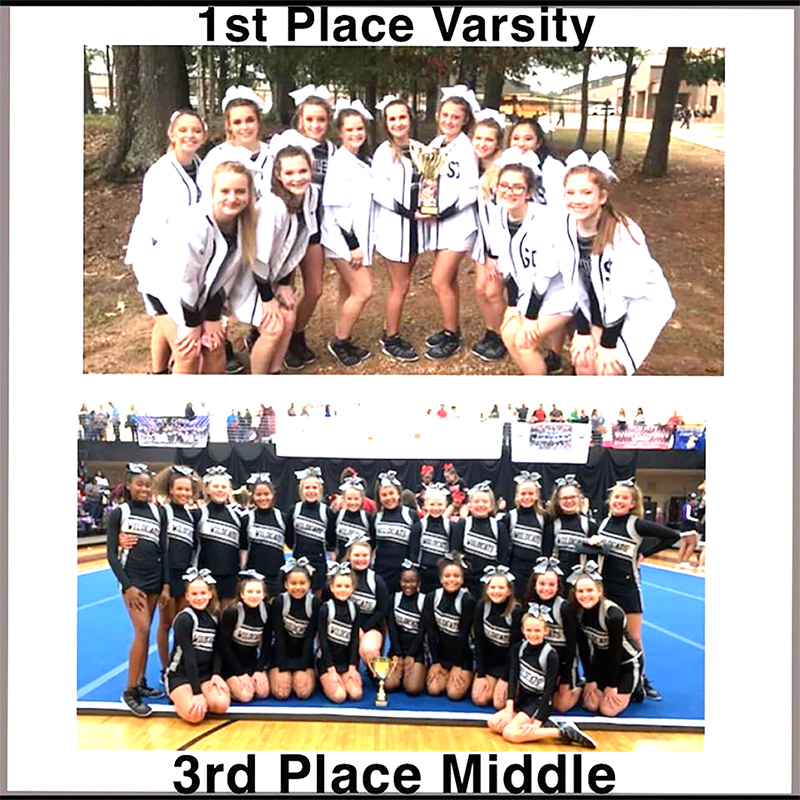 NEWNAN, GA –The Schley County high school and middle school cheerleading squads were both able to bring home trophies from their cheerleading competitions at Northgate High School in Newnan, GA on Saturday, October 26.For SCMS, this is their first year of having a competition cheerleading team, but they did not perform like it. They brought a lot of talent and excitement to the floor and were able to earn a third-place trophy in the Middle School Large Group Division. As far as the SCHS team is concerned, the Lady Wildcats turned in a performance worthy of a championship finish. They took the mat and nailed their routine, which was good enough to earn them the first-place trophy in the Single A Division.

The SCHS competition cheer team will be competing in Sectionals on Saturday, November 9, at the First Presbyterian Day School in Macon, GA. The start time for the event is still to be determined.

Hurricanes lose at home to No. 15 Francis Marion