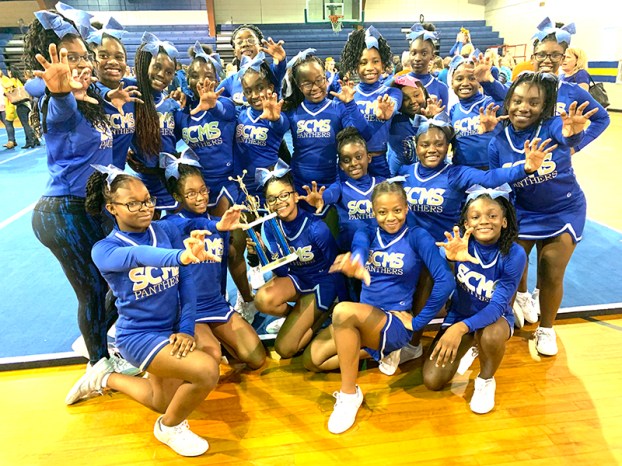 The Deep South Conference is made up of middle schools from Sumter County, Crisp County, Worth County, Lee County, Ben Hill County and Dougherty County.

“I thought they competed very well. We had a couple of bumps, but I thought they did all right,” SCMS head coach Lashaundra Thomas said.

The Americus-Sumter High School competition cheerleading squad will compete in the Last Chance Invitational on Saturday, November 2, at Worth County High School in Sylvester. The time that the competition is to begin is still to be determined.

Ken’s Column: Being a bandwagon fan is taking the easy way out

Last Sunday, I decided to be a “glutton for punishment” by going to watch the Atlanta Falcons, now 1-7, take... read more