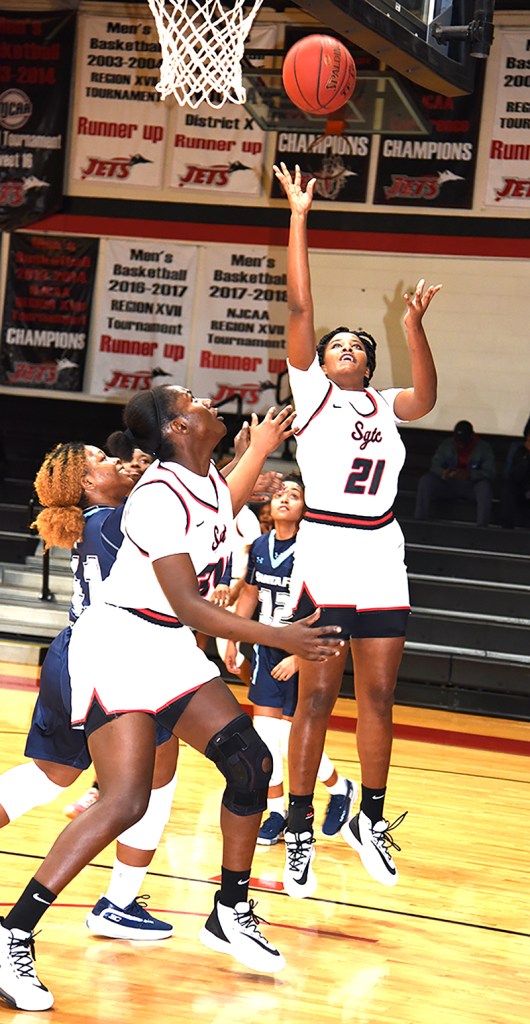 AMERICUS – The South Georgia Technical College (SGTC) women’s basketball team got the 2019-20 season off to a good start as they won both games in the Lady Jets Tip Off Classic, which was played Friday and Saturday, November 1-2, at the Hanger.

“We have a chance to be really good this season,” SGTC head coach James Frey said. “We looked good for the first two games of the season. We still have a lot to work on, but I was pleased with the overall play of the team.”

In their first game on Friday, the Lady Jets defeated Santa Fe College 82-55. They followed that up with a 95-80 victory over Chattahoochee Valley Community College (CVCC) on Saturday.

In the Lady Jets’ opening game against Santa Fe College, they battled SFC to a 17-15 lead by the end of the first quarter. However, the Lady Jets took control in the second quarter by outscoring the Lady Saints 23-10 to take a 40-25 halftime lead.

SGTC would go on to dominate the second half en route to the victory.

Sophomore guard Anna McKendree led the Lady Jets in scoring with 23 points and was six of 15 from the three-point line. Three other Lady Jets ended up scoring in double figures. Sophomore guard Niya Goudelock scored 14 points, had seven assists and grabbed five rebounds. Freshman center Hope Butera came off the bench and posted a double-double in her first collegiate game. Butera scored 12 points and grabbed 11 rebounds. The other Lady Jet to score in double-figures was freshman center Femme Sikuzani. Sikuzani came off the bench to score 11 points and grabbed eight rebounds in her first college game. 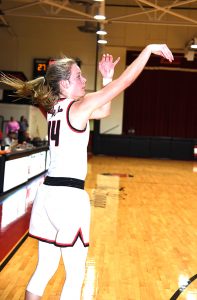 Both McKendree and sophomore guard Shamari Tyson led the Lady Jets in scoring with 15 points each. McKendree continued her hot shooting from beyond the arc by hitting five three pointers and Tyson was three of seven from beyond the arc. Butera had another strong game on the inside. She posted another double-double by scoring 14 points and grabbing 12 rebounds. Sikuzani closed out the double-digit scoring with 10 points.