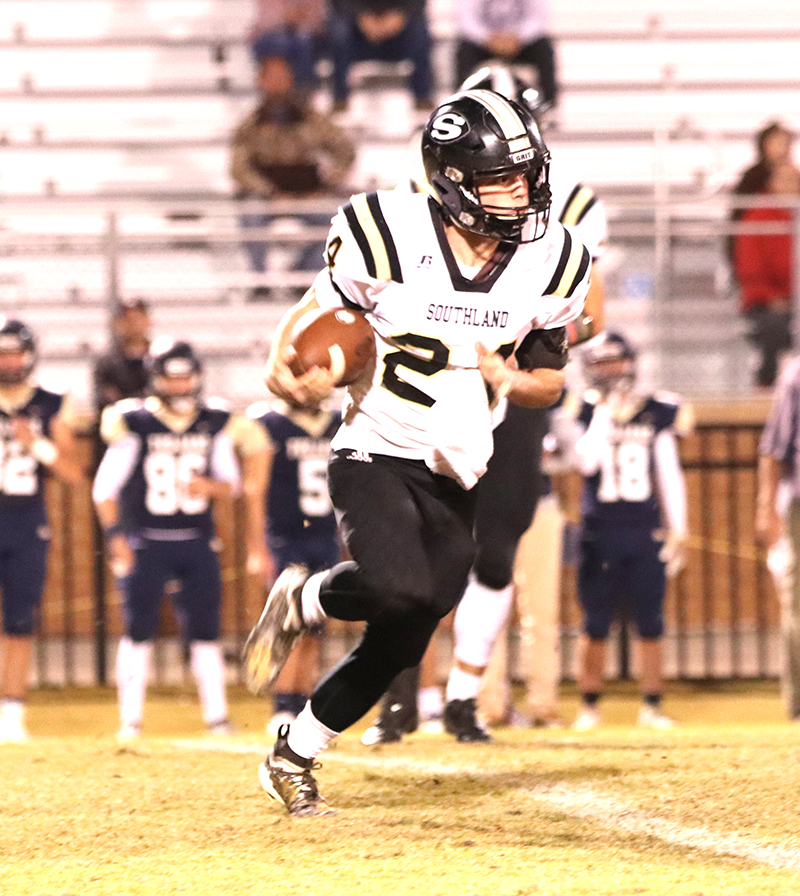 MILLEDGEVILLE, GA – Coming off a 22-6 win over Frederica Academy in the opening round of the GISA Class AAA State Playoffs, the Southland Academy Raiders went into Milledgeville with the hopes of upsetting the undefeated and defending state champion Trojans of John Milledge Academy (JMA). However, the Raiders were not able to stop JMA running back Amaad Foston as he scored two rushing touchdowns to lead the Trojans to a 21-0 victory over the Raiders in the second round of the state playoffs.

With the loss, SA ends the 2019 season with a record of 7-5. The Trojans (11-0) will continue on to try to defend their state championship.

SA running back Clay Owns rushed for 58 yards on 18 carries, but it was not enough as the Raiders were not able to get on the scoreboard. The JMA defense also intercepted SA quarterback Nathan Duke twice in this game. 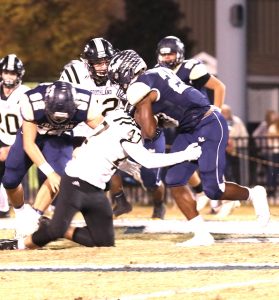 For much of the first half, it was a scoreless, defensive struggle until two minutes left in the half. JMA running back Kelvin Jackson ran the ball 49 yards for a touchdown. The extra point was good and the Trojans had a 7-0 lead.

On the Raiders’ ensuing possession, they turned the ball over on a fumble and JMA’s Justin Aldridge recovered it at the SA 11-yard line. The Trojans took advantage as Foston scored a four-yard rushing touchdown. The extra point was good and JMA had a 14-0 halftime lead.

JMA scored their third and final touchdown of the evening when Foston scored his second rushing touchdown, this one from nine yards out. The extra point was good and the Trojans completed the 21-0 victory, ending the Raiders’ season. 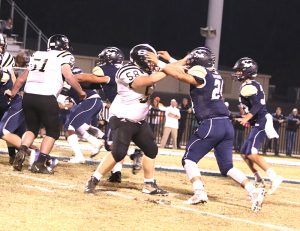 Many of the SA Raider football players will now focus on basketball and wrestling: winter sports that will begin shortly. SA Raider boys’ basketball begins on Tuesday, December 3, when they travel to Damascus, GA to take on Southwest Georgia Academy. Tip-off for that game is scheduled for 7:30 p.m.

Panthers get overwhelmed by Sandy Creek in state playoffs