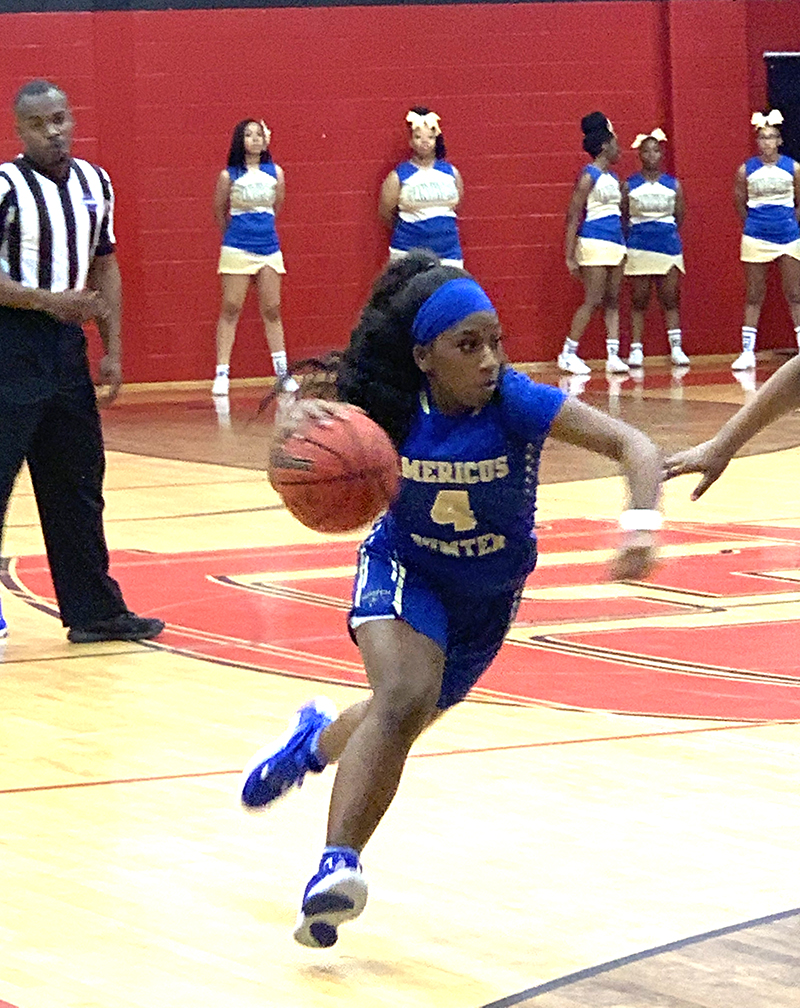 LEESBURG, GA – The Americus-Sumter Lady Panther basketball team (ASHS) used a 12-1 run early in the first quarter and an 8-0 run late in the third quarter to propel themselves to a 56-33 win over Lee County in their 2019-2020 season opener on Saturday, November 23, at Lee County High School (LCHS).

“We just had to settle down, ASHS head coach Sherry Harris said. “We had so much time before the game. I think we had about 45 minutes because the JV game finished early. They (the girls) were so excited. You know how you’ve been playing and practicing against each other. We just needed to play somebody else.” Harris went on to say that she told her team after the game that they need to come out just as aggressive in the third quarter of games as they did to begin this game. “We came out in the third quarter and we gave up shots that we didn’t want to give up,” Harris said. “The whole game plan was to not give up those threes and contain #33 (LCHS center Jakailyn Poole). Poole scored a total of four points. 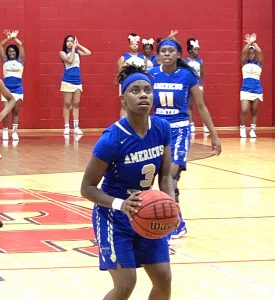 Harris was referring to three three-pointers made by the Lady Trojans in the third quarter, which was part of an 11-0 LCHS run that cut the Lady Panthers’ lead from 16 down to five. 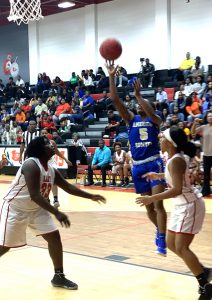 In the second quarter, the Lady Trojans were able to keep their deficit to around 13 points before Ford scored a basket for ASHS. The Lady Panthers closed out the first half with a 6-3 run and took a 31-15 lead into halftime.

However, the Lady Trojans would not go quietly. They went on an 11-0 run to begin the third quarter, which included three pointers by Monique Judge, Kennedy Sneed and Cayia Boyd. The Lady Panthers went through a four-minute scoring drought before Reese made one of two free throws, making the score 32-26 ASHS. Reese then scored on a layup to increase the ASHS lead to eight with a little over two minutes left in the third quarter. 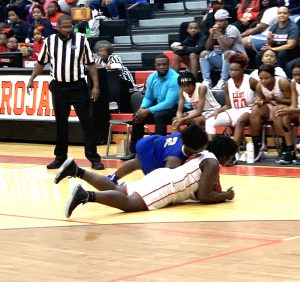 ASHS senior guard Divine White (2) dives on the floor for the ball, along with an LCHS player.
Photo by Ken Gustafson

At that point, the Lady Panthers began to recapture their scoring punch as they went on an 8-0 run, capped off by another layup by Reese. By the end of the third quarter, the momentum had turned back in favor of the Lady Panthers. They went into the final quarter leading 42-26.

The Lady Panthers increased their to lead to 20 points in the fourth quarter when Jones drove to the basket and scored, making the score 48-28. At that point, ASHS had reestablished their control over the game. The Lady Trojans were not able to duplicate the run that they had made early in the second half. Thus, the Lady Panthers were able to leave Leesburg with a 56-33 win. 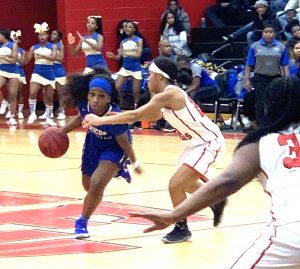 ASHS (1-0) will travel up to Lilburn, GA near Atlanta to take part in the Parkview Thanksgiving Tournament on Monday, November 25, at Parkview High School. They will be taking on the Lady Hoyas of Harrison (3-0) at 3:30 p.m. The very next day, ASHS will play their first region contest of the year at Dougherty. Tip-off for that game is scheduled for 6 p.m.

Raiders’ playoff run comes to an end at John…