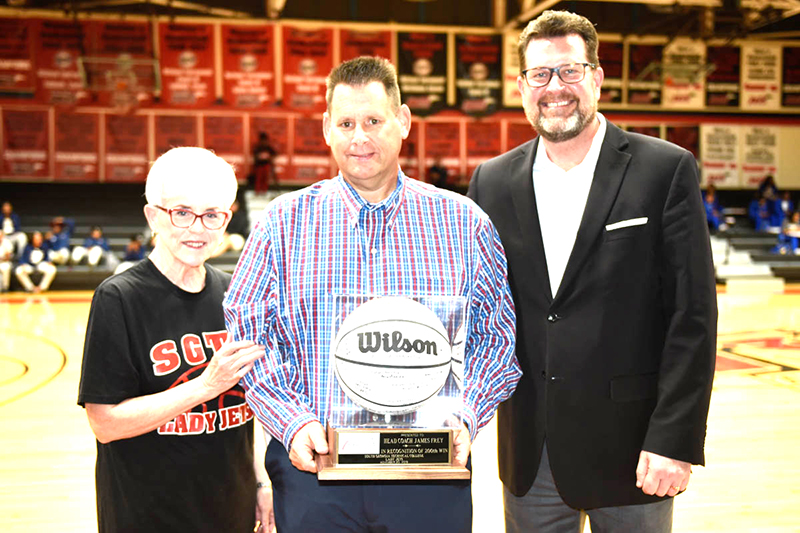 AMERICUS – The South Georgia Technical College women’s basketball team won both games over the Thanksgiving weekend in the annual Lady Jets Thanksgiving Classic played at the Hangar on the SGTC campus.

The Lady Jets defeated Spartanburg Methodist College 77-57 on Friday, November 29 and followed that up with a 70-43 victory over Florida State College at Jacksonville on Saturday, November 30. 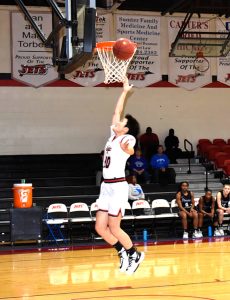 In the win over Spartanburg Methodist, Yasiryyah Wazeerud-Din led the Lady Jets in scoring with 23 points, followed by Shamari Tyson with 15.

In their second game against Florida State College, Wazeerud-Din and Sikuzani paced the Lady Jets with 16 points apiece to lead SGTC to victory. Edeh was close behind as she poured in 15 points. Shida scored eight points. Tyson added six and Hope Butera contributed four points in the win. Veronica Charles chipped in two points and both Niya Goudelock and Sarah Lwambo rounded out the scoring with one point each.

With the two-game sweep, the Lady Jets improve to 9-1 overall and are currently 4-0 in conference play. SGTC is currently ranked #19 in the country in the latest NJCAA Division 1 women’s basketball poll. 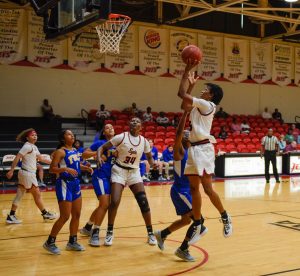 SGTC’s Amara Edeh (5) goes up for a basket against the team from Florida State College at Jacksonville.
Photo by Su Ann Bird

Up next for the Lady Jets is a road trip to Swainsboro, GA for a conference game against East Georgia State College on Saturday, December 7. Tip off is scheduled for 1 p.m.

They will then travel to Phenix City, AL to play Chattahoochee Valley Community College on Monday, December 10. Tip off for that game is scheduled for 7 p.m. EST.