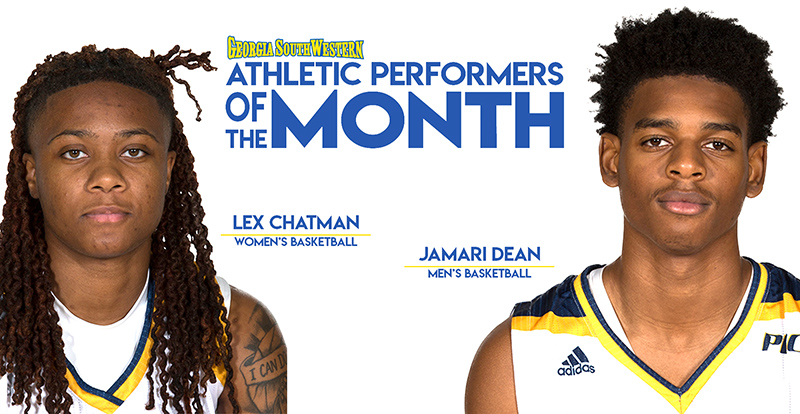 Chatman, a 5’5 sophomore from Decatur, GA, averaged 11 points and a team-high 6.2 rebounds through six games. Chatman was the Lady Hurricanes’ leading scorer with 21 points in an 80-65 victory over Middle Georgia State on Tuesday, November 19. She led GSW in rebounding for three games and her 11 three-pointers this season are the most on the squad. Chatman recorded her second career double-double by scoring 14 points and grabbing 13 rebounds in an overtime loss at No. 18 Valdosta State on Friday, November 29.

Jamari Dean, a 6’6 sophomore from Ellenwood, GA, has helped lead the Hurricanes to a 5-0 start. Dean posted a double-double in the Hurricanes’ first four games of the season and finished November averaging 17.5 points and 14.5 rebounds per game. Dean connected on 59.5 percent of his shot attempts and 76.9 percent of his free throw opportunities, while dishing out 3.3 assists per game.

Dean was named the Peach Belt Conference (PBC) Player of the Week on Monday, November 18 and he currently leads the PBC in rebounding. Dean also ranks fourth in the PBC in field goal percentage.