Lady Jets stay on top of the GCAA standings 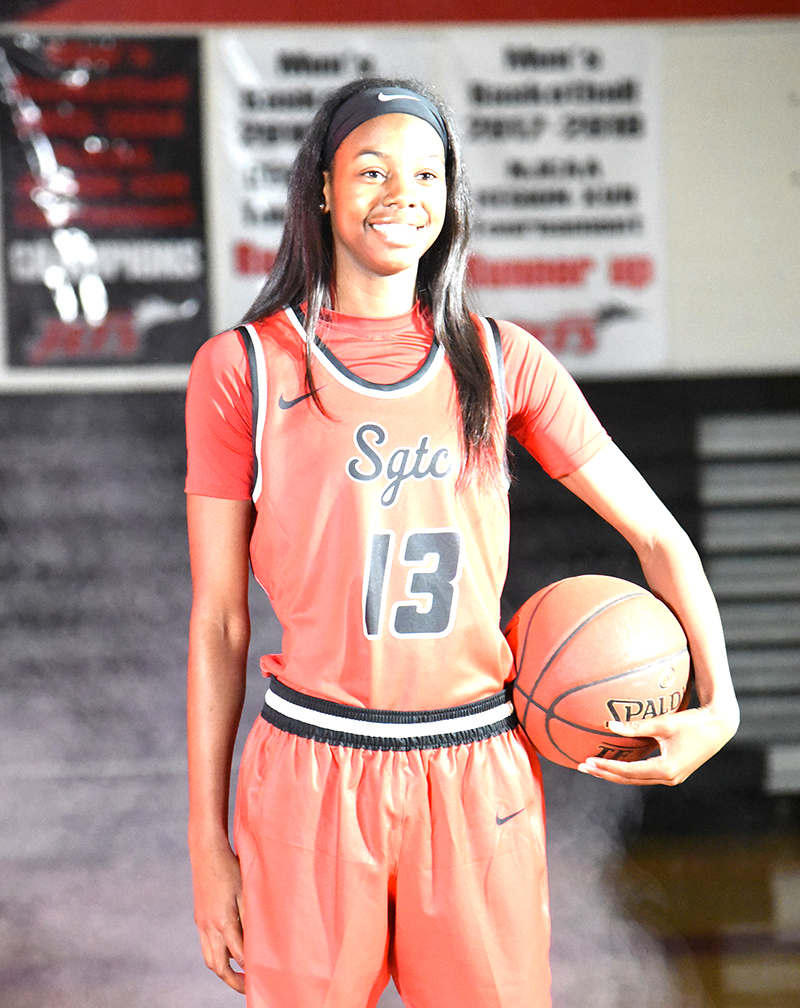 With the win, the Lady Jets improve to 11-1 overall and 6-0 in the Georgia Collegiate Athletic Association (GCAA).

“We played much better against East Georgia,” SGTC head coach James Frey said. “We still have some players out and injured but we outscored East Georgia every quarter and that allowed us to take the 74-57 victory.”

The Lady Jets are currently ranked 19th in the nation by the National Junior College Athletic Association (NJCAA) and are now the only unbeaten team in the league. The win also dropped EGS into third place behind Georgia Highlands with a 3-2 conference record. Georgia Highlands is now in second place with a 4-1 record.

Sophomore forward Yasriyyah Wazeerud-Din was injured in the Albany Tech game and sat out much of the fourth quarter. However, she came back strong against EGS and scored a team-high 27 points. She was 11 of 15 from the field and four of eight from the three-point line. Wazeerud-Din was also one for one from the foul line. In addition to leading the Lady Jets in scoring, Wazeerud-Din also had six rebounds, four assists, three steals and a block.

Sophomore guard Niya Goudelock was also in double-figures with 11 points. Three of those points came from behind the three-point line. She also contributed four rebounds, three assists and three steals.

Up next for the Lady Jets is a trip to Phenix City, AL to take on Chattahoochee Valley Community College on Tuesday, December 10. Tip off is scheduled for 7 p.m. EST.