Lady Wildcats fall to 1-3 with loss at Macon County 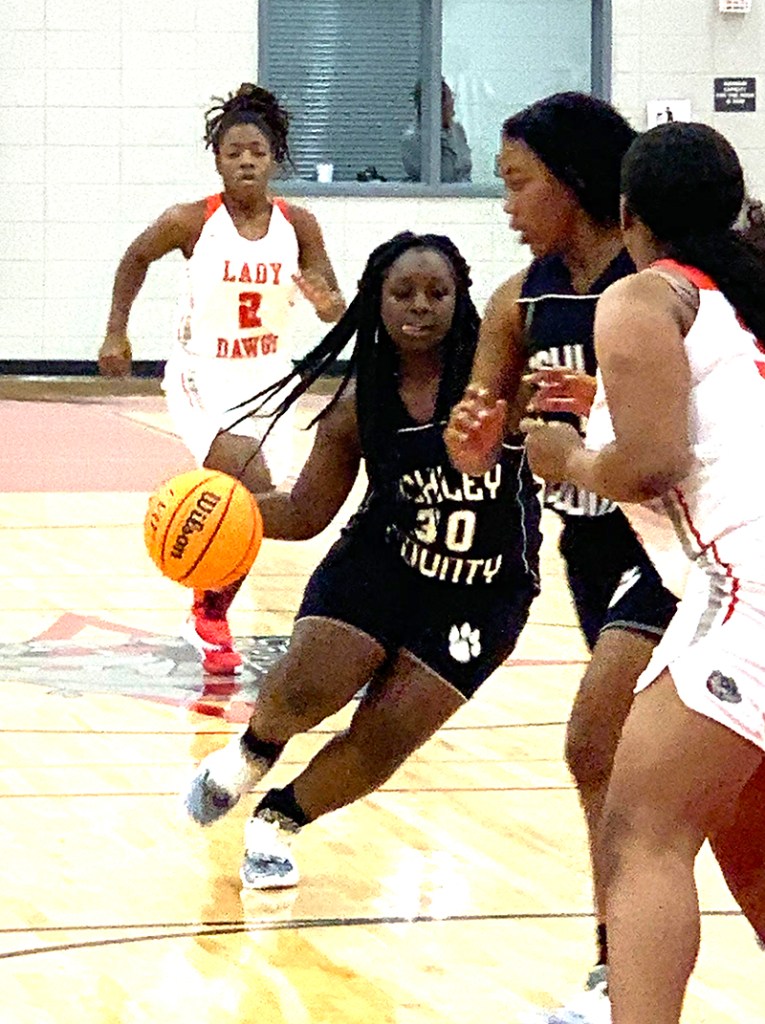 SCHS struggled particularly in the second half as MC went to a full-court press and disrupted the Lady Wildcats’ offense.

Dasani Minter led the Lady Wildcats (1-3) with 10 points and Amiya Walker had eight. Darden Campbell chipped in six points in the loss.

While the Lady Wildcats struggled with turnovers, the biggest problem they struggled with was free throw shooting. That proved to be the main difference in the game. Though his team came up with a loss, SCHS head coach Cliff Royal was pleased with his team’s effort. “We played good defense. We played really good defense. We just didn’t score,” Royal said. “That’s the problem. We missed 15 free throws. That’s something that we have to work on. The girls’ heart and determination is undeniable. They’re not going to ever quit. They never have…not in four years, so that’s the positive.” 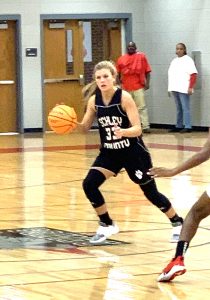 The Lady Bulldogs jumped out to a 14-1 lead to start the first quarter, capped off with a basket by Kennedy Thomas. However, just before the quarter ended, Campbell drilled a three-pointer to cut the MC lead to 14-4.

Both teams struggled to score in the second quarter. However, Rylee Wilkins drilled a there-pointer for SCHS to cut their deficit to 17-10 with less than three minutes to go before halftime. This began a short 5-0 run by the Lady Wildcats and their deficit was cut to 17-14. However, the Lady Bulldogs closed out the first half with three more points and went into halftime leading 20-14.

MC jumped out to a 24-14 lead to start the third quarter before Minter drove baseline and scored. 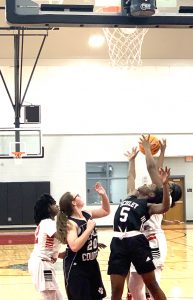 Both teams traded baskets over the next few minutes, but MC still had a 29-18 lead with 1:26 left in the third quarter. The Lady Bulldogs added to their lead when Deziya McClendon scored and was fouled. McClendon made the free throw to increase the MC lead to 32-19 before Minter scored again on a baseline dribble drive.

With less than five minutes to go in the game, Minter sank two free throws to pull the Lady Wildcats to within 11 at 34-23. However, MC responded when Saniya Williams scored to push the Lady Bulldogs’ lead back up to 13 points. Then with 4:25 to go, a technical foul was called against SCHS, but Williams missed both technical foul shots. However, MC kept the ball and got another basket to go up 38-23. From that point on, MC took control of the game and went on to the 46-33 win. 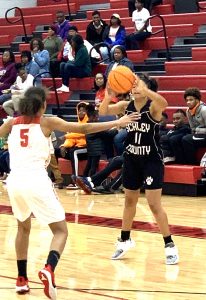 SCHS is 1-3 overall, but since all of their games have been Region 4-A contests, they are also 1-3 in the region standings.

SCHS will try to rebound and stop their three-game losing streak when they host the Lady Red Devils of Hawkinsville in another Region 4-A contest on Tuesday, December 17, at 6 p.m.