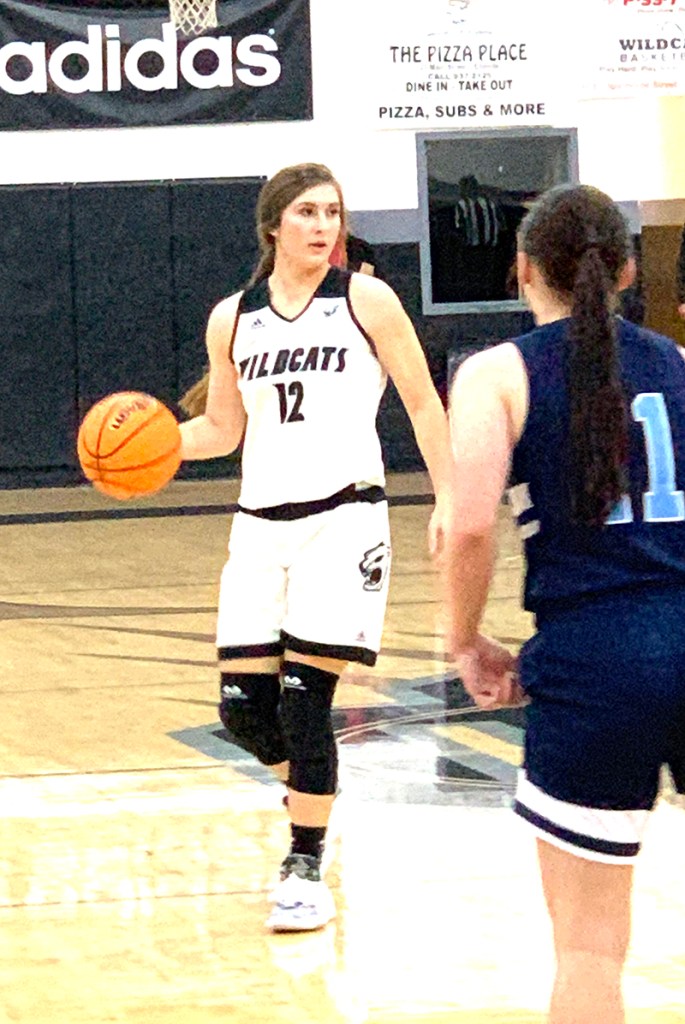 ELLAVILLE – After losing 26-23 to Hawkinsville in a hard-fought game on Tuesday evening, the Schley County Lady Wildcat basketball team (SCHS) took out their frustration on Webster County the very next day. SCHS jumped out to a 29-6 lead and dominated from that point on, walloping the Lady Bobcats 62-15 Wednesday evening, December 18, at Schley County High School (SCHS).

Dasani Minter led the Lady Wildcats in scoring with 22 points and Amiyah Walker poured in 15. Berkley Goodin was also in double figures with 12 points. Nyiah Kelley very nearly made the double-figure mark in scoring as she had nine points. 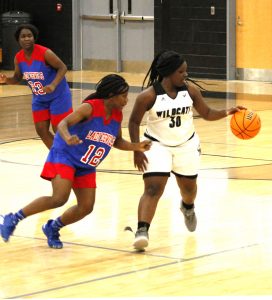 The Lady Wildcats jumped out to a 14-4 lead early and continued using their defense to force turnovers and score points. They eventually built a 29-6 lead by continuing to come up with steals and fast break baskets. The Lady Bobcats couldn’t adjust to the defensive pressure of SCHS. As a result, WCHS was unable to get into their half-court offense. SCHS continued their onslaught of the Lady Bobcats in the first half and led 46-9 at halftime.

Walker led the Lady Wildcats in the first half with 10 points and Kelley had nine first half points.

Both teams struggled to score in the second half, but the defense of the Lady Wildcats still made it difficult for the Lady Bobcats to get into their half-court offense. As a result, SCHS would go on to win 62-15. 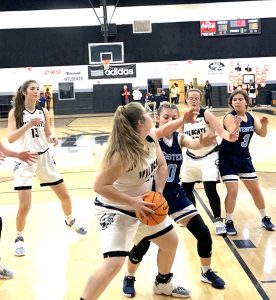 Schley County forward Liberty Justice looks to pass the ball out from a tight spot.
Photo by Ken Gustafson

With the win, the Lady Wildcats improve to 2-4 on the season, while WCHS is still winless at 0-10. Mykala Lundy led the Lady Bobcats with 13 points.

After the Christmas break, the Lady Wildcats will lace them up once again when they face Mount de Sales Academy in a non-region home contest on Saturday, December 28.