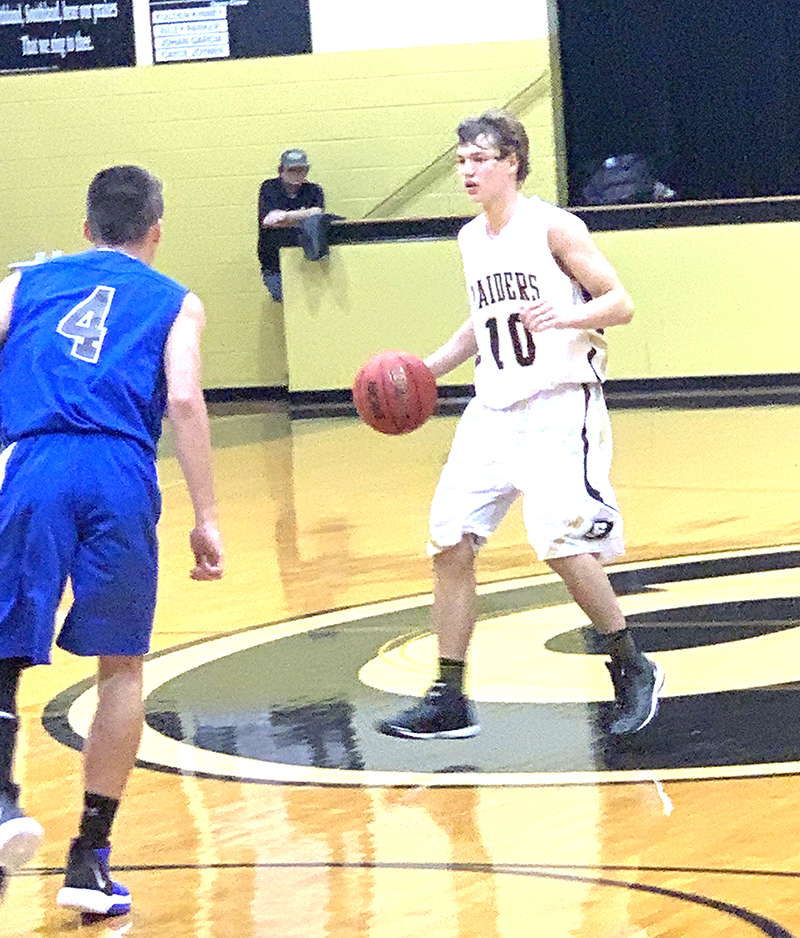 Southland Academy junior guard Max Foster scored 16 points to lead the Raiders to a 50-41 win over Terrell Academy in the Raiders' second game of the Brookwood Holiday Shootout in Thomasville, GA. ATR Archive

THOMASVILLE, GA – The Southland Academy Raider basketball team (SA) pushed their undefeated record to 5-0 on Saturday, December 21, when they defeated Terrell Academy 50-41 in a hard-fought contest at the Brookwood Holiday Shootout in Thomasville, GA.

SA guard Max Foster led the Raiders in scoring with 16 points and Adam Smith poured in 13. Having recovered from a separated shoulder injury on Friday, Nathan Duke was also in double figures with 10 points. Owen Exley, who led the Raiders with 18 points in their win over Westwood on Friday, almost cracked the double-figure category by scoring nine points.

After the Christmas break, the Raiders will travel to Phenix City, AL for the Boarder Wars Tournament on Friday and Saturday, December 27-28, at the Glenwood School. They will take on Edgewood (AL) on Friday, December 27, at1:30 p.m. EST.