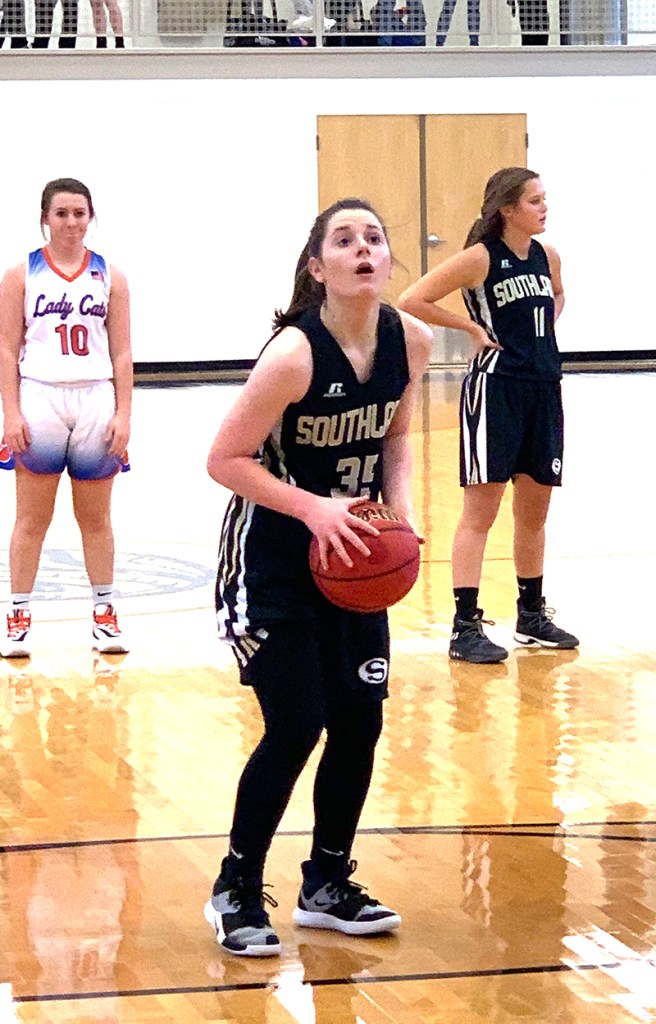 Southland Academy’s Riley Mitchell led the Lady Raiders with 11 points in their win over Terrell Academy. Photo by Ken Gustafson

THOMASVILLE, GA – Fresh off their 44-31 victory over Westwood the day before, the Southland Academy Lady Raider basketball team (SA) continued their strong start to the 2019-2020 season with a 36-20 win over Terrell Academy in their second game of the Brookwood Holiday Shootout on Saturday, December 21, at the Brookwood School in Thomasville, GA.

With the win, the Lady Raiders improve their undefeated record to 7-0.

After the Christmas break, the Lady Raiders will travel to Phenix City, AL for the Border Wars Tournament at the Glenwood School Friday and Saturday, December 27-28. Their first game of the tournament will be against Edgewood Academy (AL) on Friday, December 27, at noon.