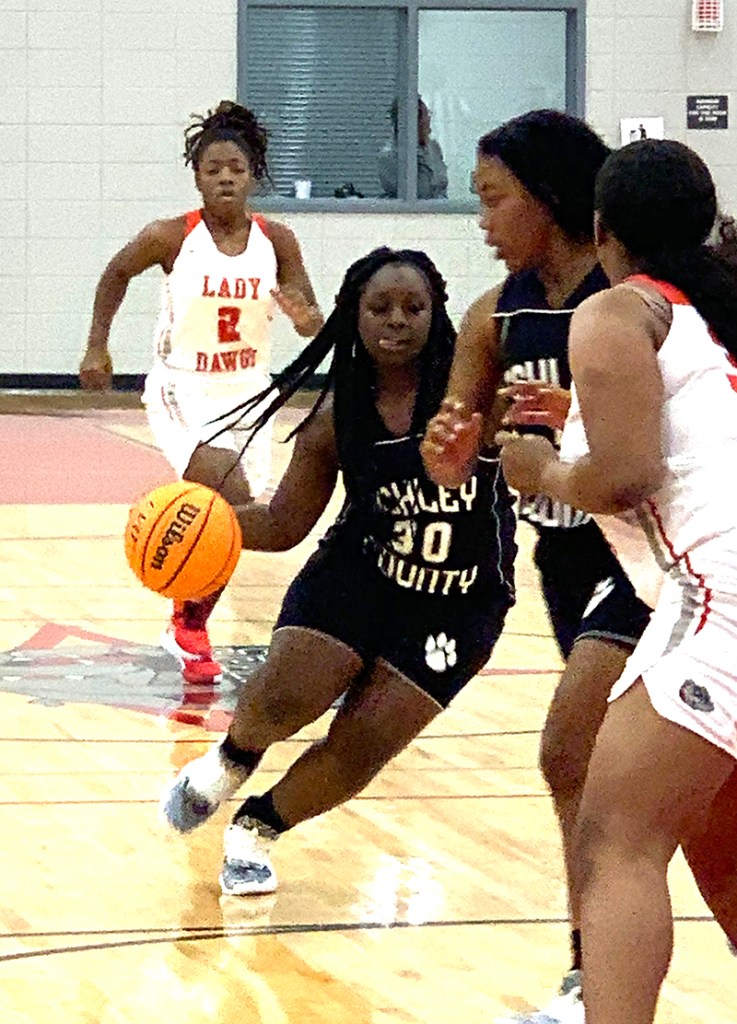 SCHS guard Amiyah Walker (30) pushes the ball up the court in a previous game this season. Walker scored seven points in the win over Mount de Sales Academy. ATR Archive

While the Lady Wildcats struggled offensively, they were able to make enough defensive stops to come away with the victory.

“We shot poor from the free-throw line but made up for it with great defense,” SCHS head coach Cliff Royal said. Dasani Minter led SCHS in scoring with nine points and both Amiyah Walker and Berkley Goodin each scored seven. Things got difficult for the Lady Wildcats when Darden Campbell fouled out in the early stages, but Campbell was still able to provide five points in the winning cause.

The Lady Wildcats are done for 2019. Their next game will be up the road in Buena Vista against their Region 4-A rivals Marion County on Friday, January 3, 2020. Tip off is scheduled for 6 p.m.