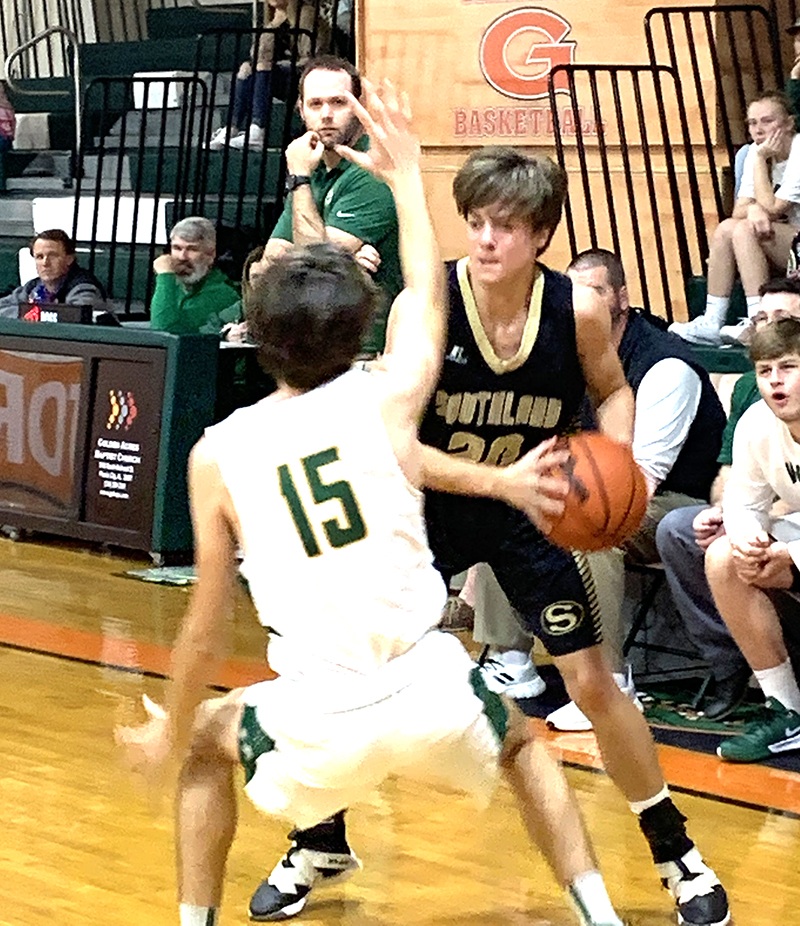 PHENIX CITY, AL – After losing their first game of the season to Edgewood (AL) in the 2019 Border Wars Tournament on Friday, December 27, the Southland Academy Raider basketball team (SA) made every effort to rebound when they took on another Alabama team: the Warriors of Lee-Scott Academy. However, the Raiders fell to LSA 54-50 in a hard-fought contest on Saturday, December 28.

With the loss, the Raiders drop to 5-2 on the season.

The Border Wars Tournament is a tournament put on by the Glenwood School in Phenix City, AL and it consists of school teams from Georgia and Alabama.

Despite losing both games in the tournament, SA head coach Rundy Foster was very pleased with the way his club competed. “Those were two very good teams we played this weekend,” Foster said. “I feel like we competed in both games. We are right where we need to be at this stage of the season. I’m very pleased with our progress. We have two competitive non-region games next week and then we will be ready for region play starting January 7.”

Owen Exley was once again in double figures for the Raiders. Exley scored 15 points to lead SA in scoring. Hunter McCain scored nine points and Nathan Duke led the Raiders in rebounding with six boards.

Up next for the Raiders is a trip up to Perry, GA on Friday, January 3, to take on the Westfield Hornets. Tip off is scheduled for 8 p.m. SA will then play their first home game in 2020 on Saturday, January 4, against Glenwood (AL) at 6 p.m. The Raiders’ first GISA Region 3-AAA contest will be at home against the Valiants of Valwood on Tuesday, January 7, at 7:45 p.m.