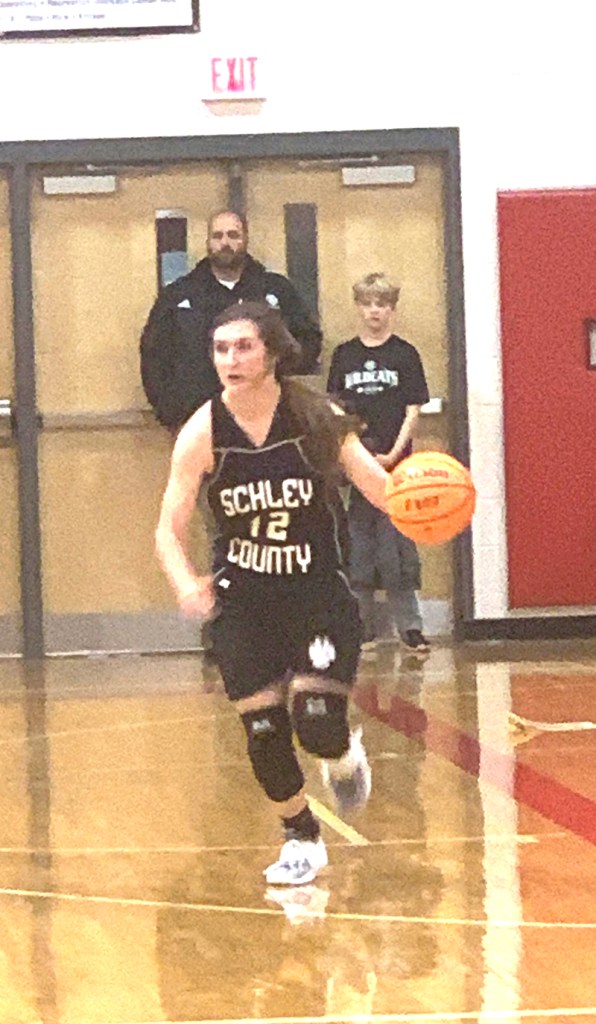 BUENA VISTA, GA – The Schley County Lady Wildcat basketball team (SCHS) came to Buena Vista, GA in hopes of starting off the new year right by earning a Region 4-A victory over the Lady Eagles of Marion County (MC). However, though they made a run late in the second half to give themselves a chance to win, their bid for a comeback fell short as MC held on to win 48-43 on Friday, January 3, at Marion County High School.

SCHS head coach Cliff Royal pointed out that poor free throw shooting and missed shots in the paint by his club were key factors in the outcome.

With the loss, SCHS falls to 4-5 overall on the season.

The Lady Wildcats had two players score in double figures. Niyah Kelley led SCHS in scoring with 12 points and Berkley Goodin poured in 11. Dasani Minter very nearly got into the double-figure scoring column as she chipped in nine points.

The first quarter was an evenly matched quarter between both teams. However, with SCHS leading 12-9 with 1:40 left, the Lady Eagles scored four straight points to take a one-point lead by the quarter’s end.

That timeout seemed to work in favor of the Lady Wildcats. They were able to score six more unanswered points, including a basket by Goodin, to cut MC’s lead to 37-32. This prompted another timeout by the Lady Eagles. 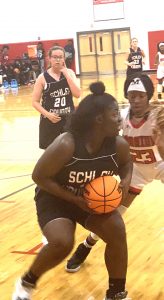 As the second half rolled on, the Lady Wildcats were able to cut further into MC’s lead. Then with less than three minutes to go in the game, Minter scored on the inside to bring the Lady Wildcats to within two at 43-41. With less than two minutes left, the excitement began to increase amongst the crowd, as it appeared the contest was going down to the wire.

With a minute to go in the game, MC had the ball and a 46-43 lead, but the Lady Wildcats were trying to foul to stop the clock. With 33 seconds left, Darden Campbell was whistled for a foul on Diamond Franklin. Franklin made both free throws to increase the Lady Eagles’ lead to five points, which would prove to be enough to secure the victory for MC.

With the win, the Lady Eagles improve their overall record to 4-2.

The Lady Wildcats will try to rebound from this setback when they host Crawford County in another Region 4-A contest on Tuesday, January 7, at 6 p.m.