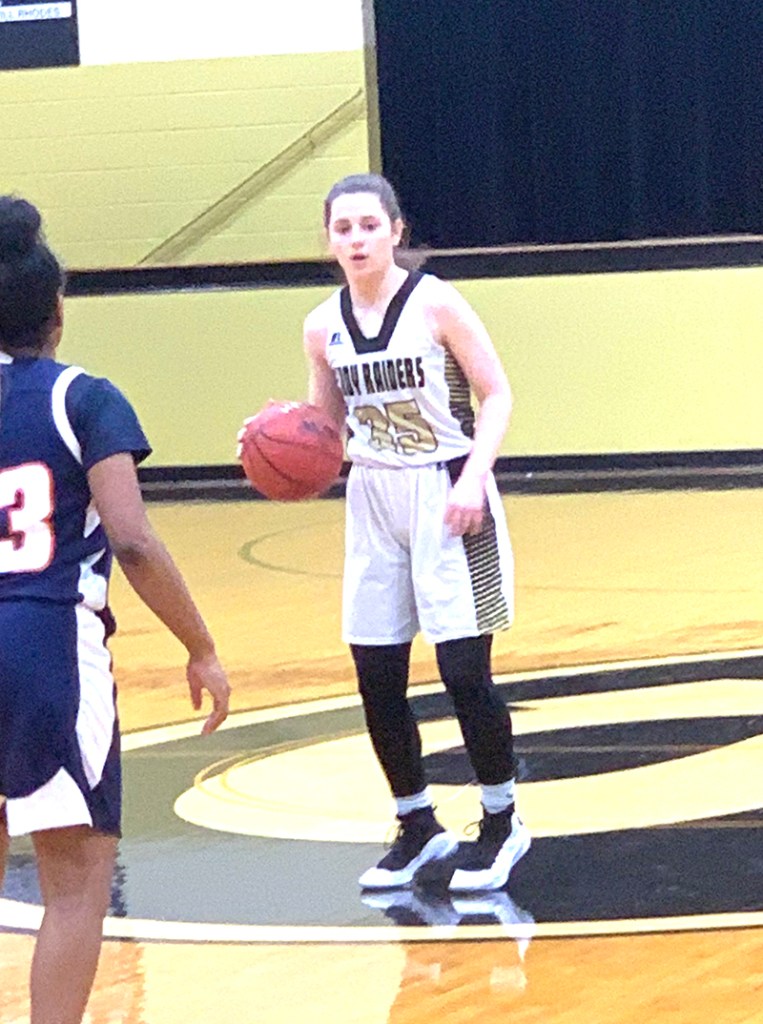 AMERICUS – As they have done many times before, the Southland Lady Raider basketball team (SA) began their quest for victory with their defense. They used their swarming full-court defensive pressure to disrupt the Lady Valiants’ offense and scored numerous points off turnovers in the first half. As a result, they built a double-digit lead by halftime and maintained that lead on their way to a 74-41 lopsided victory over Valwood (VS) in their GISA Region 3-AAA opener on Tuesday, January 7, at Southland Academy.

“Offensively, we did get off to a slow start. We’ve had some people hurt and sick,” SA head coach Ty Kinslow said. “Everybody that’s coming in is playing well. Sometimes in that situation, your offense may be out of sink a little bit, but once we started getting it going, we played well after that.”

The Lady Raiders had four players in double figures. Holly McCain led SA in scoring with 17 points and Rylie Mitchell poured in 16. Haleigh Warren and Morgan Weaver each scored 10 points for SA in the winning cause.

With the win, the Lady Raiders improve their overall record to 10-2 and are 1-0 in GISA Region 3-AAA play.

With less than three minutes to go in the first quarter, the Lady Raiders trailed 5-4, but Warren nailed a three-pointer to give SA the lead. The Lady Raiders followed that up with a steal and Warren was fouled while driving to the basket. Warren sank both foul shots to increase the SA lead to 9-5. This was the beginning of a 12-0 run by the Lady Raiders and it would be a deficit from which the Lady Valiants would not recover.

As the first quarter drew to a close, the Lady Raiders continued their defensive pressure against the Lady Valiants. With less than a minute to play in the quarter, McCain threw a fast-break pass to J.C. Bailey, who scored a layup to give SA a 20-6 lead by the end of the quarter.

SA began the second quarter with swarming full-court defensive pressure, which VS could not handle. The Lady Raiders forced numerous turnovers and jumped out to a 26-6 lead before VS head coach Stephanie Johnson called a timeout.

Out of the timeout, the Lady Valiants scored eight unanswered points until SA guard Maddie Crisp was fouled while shooting and made one of two foul shots to make the score 27-14. That seemed to end the dry spell as Warren followed that up with a three-pointer. That sequence of events was the beginning of another SA run that pushed the Lady Raiders’ lead to 21 points at 37-16.

SA continued to cause problems for the Lady Valiants with their full-court press. VS couldn’t solve it and kept turning the ball over. The Lady Raiders were able to feast on those turnovers and turn them into points. By halftime, SA had amassed a 41-20 cushion.

Warren led the Lady Raiders in first half scoring with 10 points. 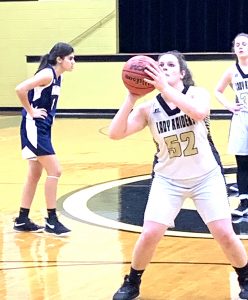 For much of the final quarter, both teams traded baskets. However, in the closing minutes, the Lady Raiders used their defensive pressure to force several turnovers and scored points off those turnovers to end the game. Just before the game ended, Emma Kate Hayes and Brooke Wiesner scored transition layups to complete SA’s 74-41 rout of the Lady Valiants.

VS was led in scoring by Alexis Gosier with 19 points. Lexi William was also in double figures, having scored 10 points. The Lady Valiants fall to 1-7 on the season.