David Brokamp and Brad Ward will kick off the New Year in new positions at Sumter EMC – David as Senior VP of Operations and Brad as VP of Engineering. 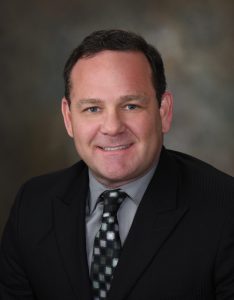 David Brokamp graduated in 1995 with a BS in Electrical Engineering Technology from Georgia Southern University and has been with Sumter EMC for over 20 years. In his new role as Senior Vice President of Operations, he will be responsible for electrical operations, construction, and system maintenance. David held his previous position, Vice President of Engineering, for 15 years.

Outside of Sumer EMC, David is quite involved in his community. He sits on the board of the Lee County Chamber of Commerce and he serves as a Deacon at Friendship Baptist Church in Leesburg, Georgia. David also serves as President of the Georgia EMC Engineering Association.

He and his wife Starla, a lifelong resident of Lee County, have three children: Dylan (17) and twin daughters, Briley and Brooke (14).

We are looking forward to having David’s years of experience and knowledge as he serves our consumers in his new position!

David and Brad have worked together for over five years, with David serving as a mentor to Brad in this inevitable transition. Together their engineering expertise is just what Sumter EMC needs to propel them into the future and continue meeting consumer’s needs. 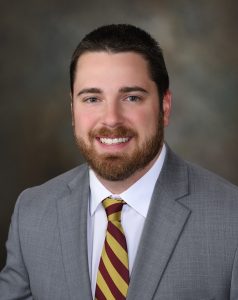 Brad Ward was born and raised in Americus, Georgia. He graduated from Georgia Southern University in 2011 with a BS in Electrical Engineering Technology. Brad worked as an intern for Sumter EMC in the Engineering department before joining the team full-time as Operations Engineer in January 2012.

In his new role as VP of Engineering, Brad will be responsible for load management, evaluating system reliability, and supervision of engineering, dispatch, metering and apparatus, purchasing and warehouse personnel.

Brad serves as a member of Rotary Club International in Americus, Georgia. He and his wife Haylee are the parents of daughter, Tinlee (2), and are expecting a baby boy in May.

In speaking about the promotion, Ward says, “I am proud to play a part in providing power to my hometown community. I love the family atmosphere and small town feel of Sumter EMC. I feel blessed to work here and I am excited to have this new opportunity.”