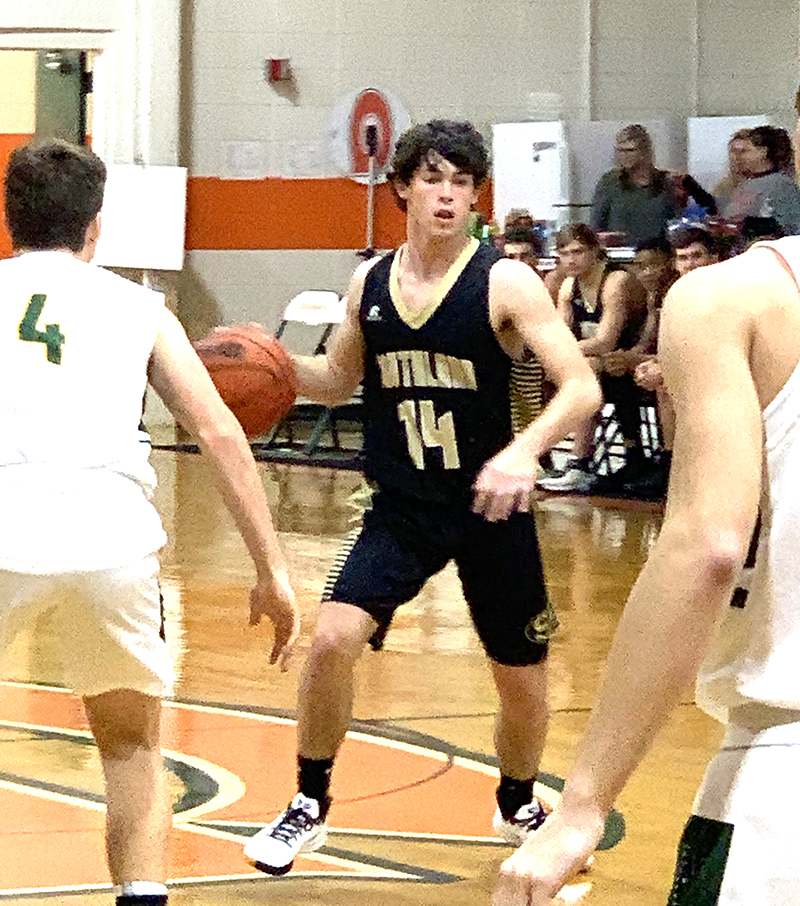 Southland Academy junior guard Nathan Duke (14) scored 12 points, all of them from the foul line, to lead the Raiders to a 48-44 victory over Terrell Academy. ATR Archive

The unique thing about Duke’s scoring in this game was that all of his points came from the charity stripe.

“We played well defensively in the first half and made enough free throws down the stretch to hold on for the win,” SA head coach Rundy Foster said.

The Raiders made some big plays down the stretch to pull out the win. One of those plays came late in the game when senior shooting guard Adam Smith knocked down a three-pointer to stretch SA’s lead to four points. Smith also finished the game in double figures with 11 points.

The victory improves SA’s overall record to 9-2 on the season.