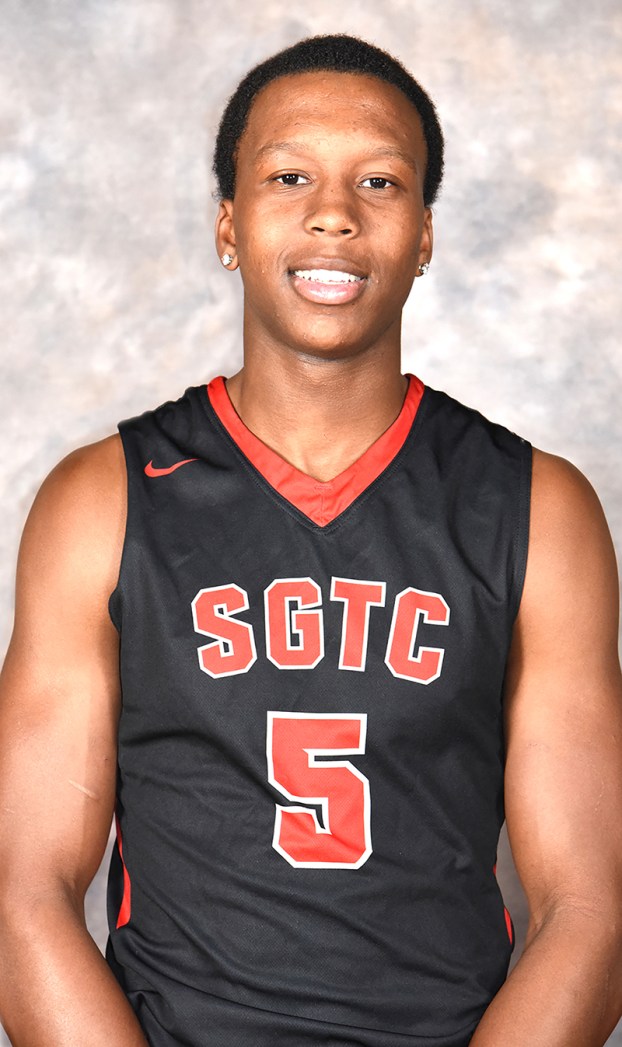 SGTC sophomore guard Justin Johnson (5) had 13 points for the Jets in the loss to Georgia Highlands. Photo by Su Ann Bird

ROME, GA – For the third time during conference play, the South Georgia Technical College (SGTC) Jets and Lady Jets split decisions in a Georgia Collegiate Athletic Association (GCAA) contest. The nationally ranked Lady Jets captured their third consecutive and ninth conference victory with an 80-62 victory over Georgia Highlands College (GHC), while the Jets dropped their third straight conference decision in a 73-66 loss to the Chargers on Saturday, January 11, at GHC.

“It is tough,” SGTC men’s head coach Travis Garrett said.  “We have lost two games by three points and lost this one by seven points. We have just got to find a way to finish strong and win.”

The Jets and the Chargers were tied at 42-42 at the half. The two teams traded leads back and forth in the second half, but the Chargers were finally able to pull ahead for good on a three-pointer to take a 60-57 lead midway through the half. GHC maintained that lead to capture the 73-66 victory.

The Lady Jets (19-2, 9-0 GCAA) took their second consecutive win over the Lady Chargers. GHC is currently in second place behind the Lady Jets with a 5-2 record. Their only conference losses this season are to SGTC.

The Lady Chargers started off strong and were up 12-9 at the end of the first quarter. They scored seven unanswered points in the second quarter to pull ahead 19-9. SGTC was scoreless until the last 5:35 minutes in the half. At that point, the Lady Jets went on a 14-3 run to retake the lead at 23-22 with 1:25 left in the second quarter. SGTC then scored five unanswered points in the final minute and a half to go up 29-24 at halftime.

The Lady Jets outscored GHC 29-19 in the third quarter and 22-19 in the fourth quarter to capture the 80-62 victory. “It is always good to get a win against Georgia Highlands, especially in their gym,” SGTC women’s head coach James Frey said. “We knew that this was an important game for our conference play and I am proud of the ladies for coming back and finishing strong. We still have to work on playing 40 full minutes if we want to continue to win against good teams.” 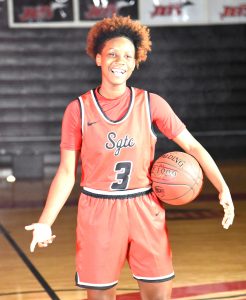 Rounding out the scoring for the Lady Jets was Flore Ngasamputu with eight, Oumy Gueye with four, Anna McKendree with three, Moe Shida with two points and Hope Butera with one point.

The Lady Jets are currently ranked 17th in the National Junior College Athletic Association (NJCAA) top 25 poll and are working toward earning their fifth trip to the national tournament in six years.

Sophomore Justin Johnson was the top scorer for the Jets in their loss with 13 points and both Toriano Lewis and Jairus Carroll each scored 11 points. Lewis was three of seven from the three-point line. None of the Jets had over four individual rebounds in that contest.

The Jets’ loss dropped them to 1-3 in the GCAA and 8-10 overall. They are currently in seventh place in the GCAA, while Albany Tech is a top the league standings with a 4-0 record.