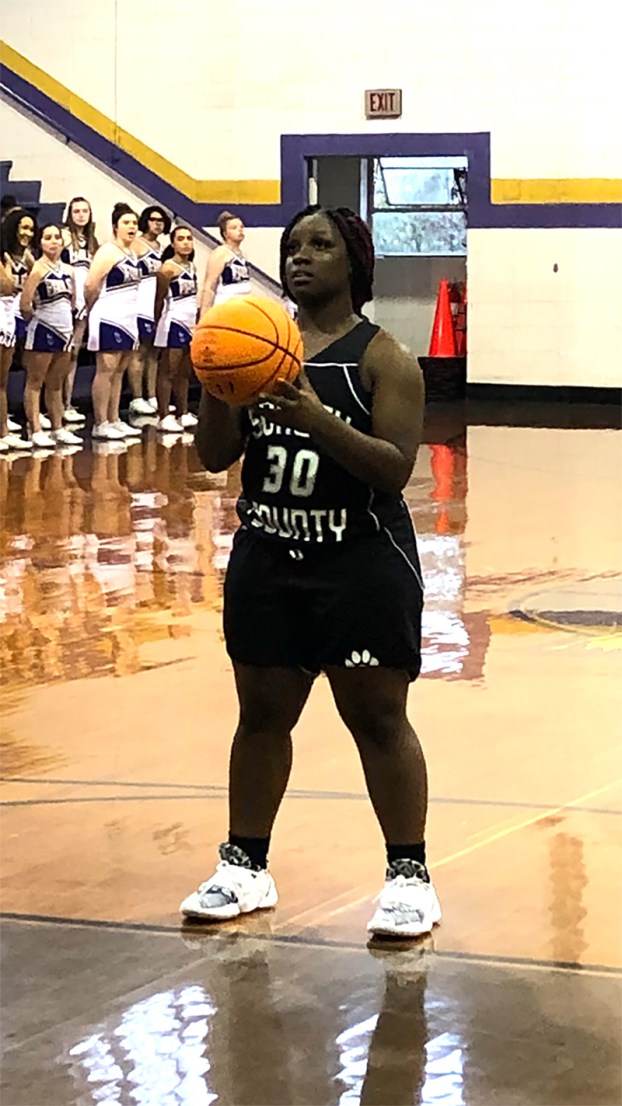 Schley County forward Amiyah Walker at the free throw line about to shoot foul shots. Walker scored 11 points in both the win over the Lady Eagles and in the loss to Brookstone. Photo by Janice Goodin

The Lady Wildcats have now swept the regular season series against CCHS. They are currently 6-6 overall and are tied for sixth place in the Region 4-A standings.

In the first meeting between the two schools back on Tuesday, January 7, the Lady Wildcats defeated CCHS 44-36.

Berkley Goodin led the Lady Wildcats with 12 points and Amiyah Walker poured in 11. Dasani Minter scored eight points and Darden Campbell chipped in seven in the winning cause.

For SCHS head Coach Cliff Royal and his team, the victory was a good response, being that they had fallen at home to BHS the night before by the score of 38-28.

Berkley Goodin led the Lady Wildcats in scoring with 11 points and Amiyah Walker had eight. One key factor that hurt SCHS in this game was the fact that Campbell fouled out.

From Staff Reports   ELLAVILLE, GA – The Schley County Baseball Team was recently voted the “Team of the Decade”... read more