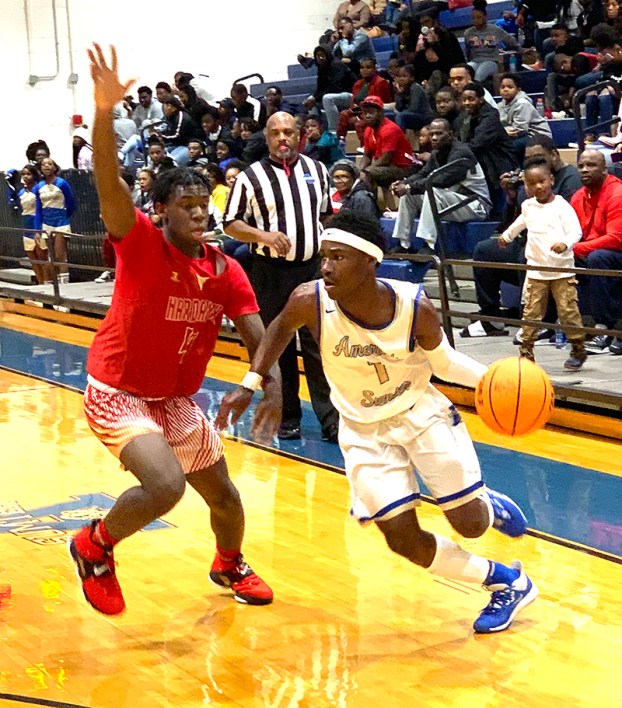 AMERICUS – After dispatching the Syrupmakers in a 78-27 drubbing at Cairo on Tuesday, January 21, the undefeated Americus-Sumter Panthers (ASHS) continued their domination of Region 1-AAAA with an 87-48 shellacking of the Hardaway Hawks on Friday, January 24, at Americus-Sumter High School.

Three Panthers finished the game in double figures. Once again, Trae Brown was the leading scorer for ASHS with 16 points. JaKontist Gordon scored 12 points and Kanova Willoughby poured in 11. Kyric Davis scored eight points and both Devon Dowdell and Jaheem Banks each scored six points in the winning cause. Both Jordan Wiley and Michael Johnson each chipped in five points and both Wallace Bradley and Darion Mitchell each scored four. Melton McCoy, D.J. Hurley, P.J. Larry, Cameron Evans and Quevoluia Willoughby each scored two points to round out the Panthers’ scoring. 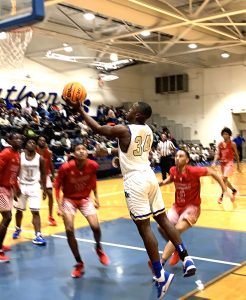 The Panthers imposed their will on the game early by outscoring the Hawks 29-10 in the first quarter and continued their dominance in the second quarter. By halftime, they had taken a 46-20 lead. ASHS was able to use their full-court defensive pressure to force the Hawks into committing numerous turnovers and they were able to score points off those turnovers.

ASHS struggled coming out of the gate to begin the second half as HHS went on a 6-2 run early in the third quarter. However, the Panthers were able to get back on track as Brown knocked down a three-pointer with 4:46 left in the quarter to give ASHS a 53-28 lead.

During the remainder of the quarter, both teams struggled to score, but the Panthers still maintained a 60-34 lead by the start of the fourth quarter. 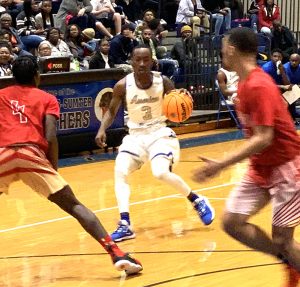 During the first two minutes of the fourth quarter, both teams struggled to score and both teams missed several layups. However, the Panthers were able to get transition baskets from McCoy and Brown to take a 66-37 lead. That was part of an 11-1 run by ASHS, which was capped off with a three-pointer by Devon Dowdell. Dowdell would later score again on a layup.

During the last few minutes of the game, the Panthers continued pushing the ball up the court on offense and kept up their defensive intensity, finishing the game with an 87-48 victory. 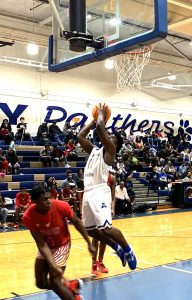 Americus-Sumter forward Jordan Wiley goes up to score a layup. Wiley scored five points in the win over Hardaway.
Photo by Ken Gustafson

AMERICUS – After the Americus-Sumter Lady Panther Basketball Team (ASHS) suffered its first loss of the season in a 54-46... read more