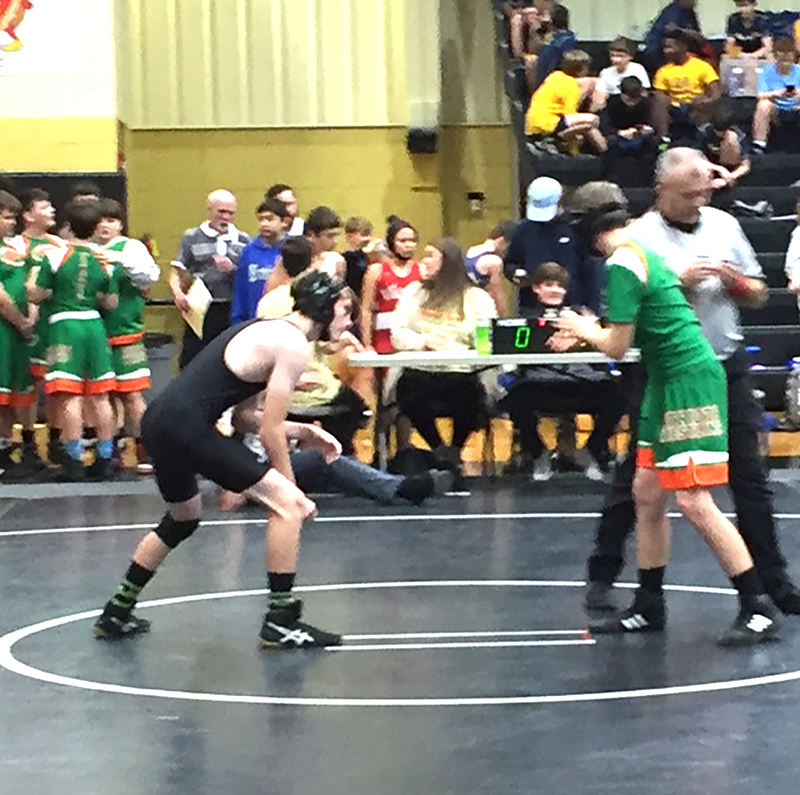 AMERICUS – The Southland Academy (SA) wrestling program will continue to see bright days ahead, as the SA middle school wrestling team turned in a strong showing by finishing as the state runners-up at the Georgia Independent School Association (GISA) Middle School State Tournament on Saturday, February 1, at Southland Academy.

“All of the coaches are very proud of these guys. This group of young men have gone to various venues and done really well this year,” SA Head Coach Josh Hicks said. “These guys are very competitive and always give their all. The team has really bought in to what we are teaching and the results are starting to show the fruits of the labor. Thank you to all of the amazing support the parents have shown and all of the coaches that helped with the team this year.” 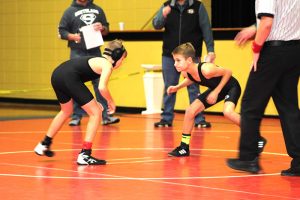 In the 105-lb. Weight Class, Allen Styck turned in a solid showing for the Raiders by finishing in fourth place and Ethan Beck was able to win the 111-lb. Weight Class for SA. 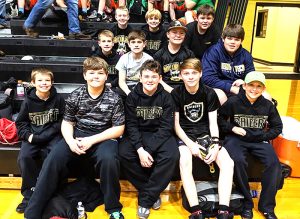 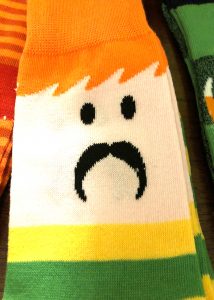 The SA Middle School Wrestling Team has a tradition of wearing this kind of sock during meets and tournaments.
Submitted Photo

Due to bad weather, the GISA High School Wrestling State Tournament, which was suppose to be held on Thursday and Friday, February 6-7 at the GSW Storm Dome, will be postponed until Monday and Tuesday, February 10-11.