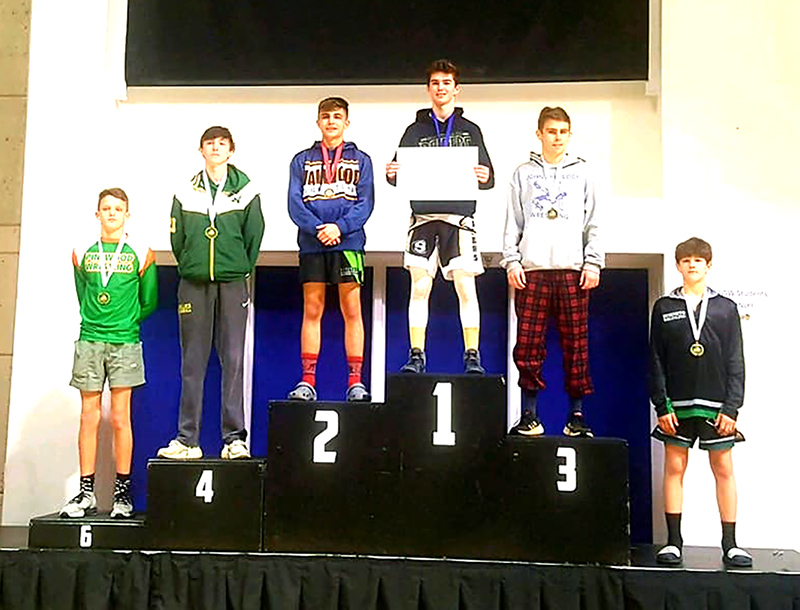 As a team, the Raiders finished with a total of 160.5 points, 79 points behind Bulloch Academy, who won the state championship. They were able to edge out Westfield for second place by 13 points, as the Hornets finished in third with 147.5 points. 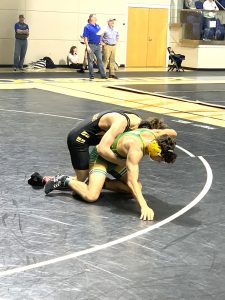 Freshman Will Rhodes turned in a strong showing at the state tournament, as he finished in fifth place in the 145-lb. Weight Class. 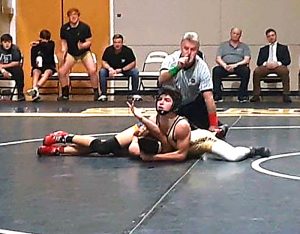 Southland Academy wrestler Tanner Humphrey has the upper hand in one of his matches in the state tournament.
Photo by Allison Boatright Humphrey

Sophomores Kolden Kinney and John Saye each finished in third place in the 195 and 220-lb. Weight Classes respectively to round out the Raiders’ success.