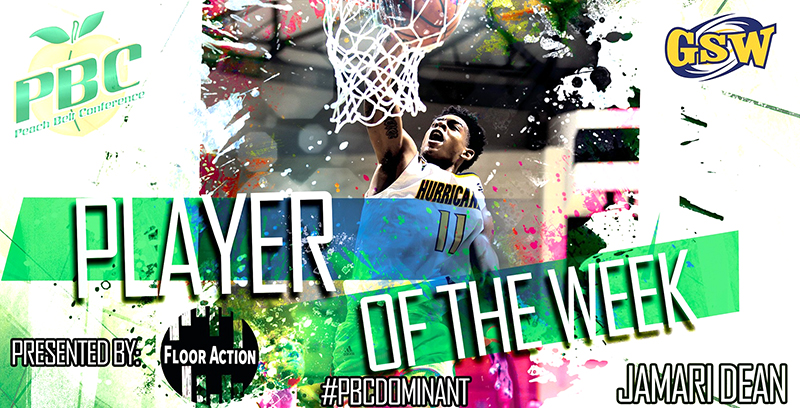 In his most recent game against GC, Dean posted a double-double, scoring 21 points and pulling down 11 rebounds in the Hurricanes’ 72-68 victory over the Bobcats. Against CSU, Dean scored 33 points and grabbed 16 rebounds in an 81-80 loss to the Lakers. He shot 58 percent for the week with two assists, two steals and two blocks.

A native of Ellenwood, GA, Dean leads the PBC and is ranked 10th in the NCAA Division II standings with 10.1 rebounds per game, while sitting third with 18.9 points per game.

Dean’s first Player of the Week award came during the week of November 18.

Tyson named GCAA Player of the Week for two…