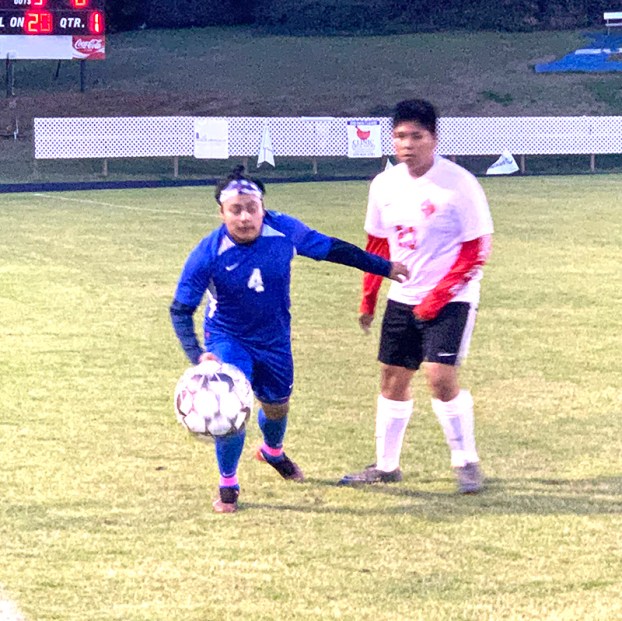 Americus-Sumter’s Luis Diaz (4) goes to chase down the ball. Photo by Ken Gustafson

AMERICUS – After their dramatic and hard-fought 4-3 victory over Dougherty on Thursday, February 27, the Americus-Sumter Boys Varsity Soccer Team was hoping to follow up that performance with a win against Cairo (CHS). However, the Panthers’ defense struggled against the speed and precise passing of the Syrup Makers’ forward line and surrendered five first-half goals on their way to a 9-1 loss to CHS on Monday, March 2, at Alton Shell Stadium.

Throughout the match, the Panthers struggled to defend the high-pressing CHS offense and allowed the Syrup Makers to have numerous other chances to score goals. CHS opened the scoring midway through the first half when Ronaldo Diaz scored on a header off a corner kick from Brandon Maldonado. A few minutes later, Santiago Alba-Lopez dribbled the ball right through the middle of the ASHS defense and chipped the ball over ASHS goalkeeper Edgar De La Cruz to give the Syrup Makers a 2-0 lead with 21:41 left in the first half. 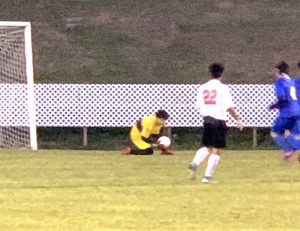 Americus-Sumter goalkeeper Edgar De La Cruz comes up with one of his many saves against Cairo. De La Cruz made several brilliant saves to try to keep the Panthers in the game.
Photo by Ken Gustafson

Not long thereafter, Alejandro Pascual drove the ball down the right flank and took a left-footed shot that went past De La Cruz for the Syrup Makers’ third goal of the game. Shortly thereafter, Elias Miguel scored the first of his two goals off a teammate’s throw-in and scored his second goal not long after off a ball served into the box by Danny Perez. After 40 minutes of play, the Panthers found themselves down 5-0.

In spite of the barrage of goals scored by CHS, De La Cruz made several brilliant saves to try to keep his team in the game. 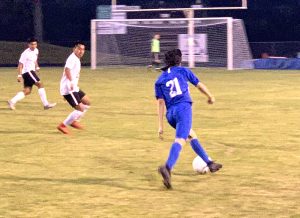 ASHS forward Roberto Duque advances the ball up the field tot ry to get the Panthers a goal.
Photo by Ken Gustafson

However, for ASHS, the second half wasn’t much better than the first. In the 46th minute of the match, Pascual scored his second goal early in the second half. That was followed by another goal by Alba-Lopez to give the Syrup Makers a 7-0 lead.

Both Pascual and Alba-Lopez would each score another goal to put CHS up 9-0.

The Panthers finally got their first goal of the match when Victor Rodriguez scored on a penalty kick late in the game, but it was too little, too late.

CORDELE –The Southland Academy Varsity Baseball Team (SA) got the 2020 season off to a good start as they defeated... read more