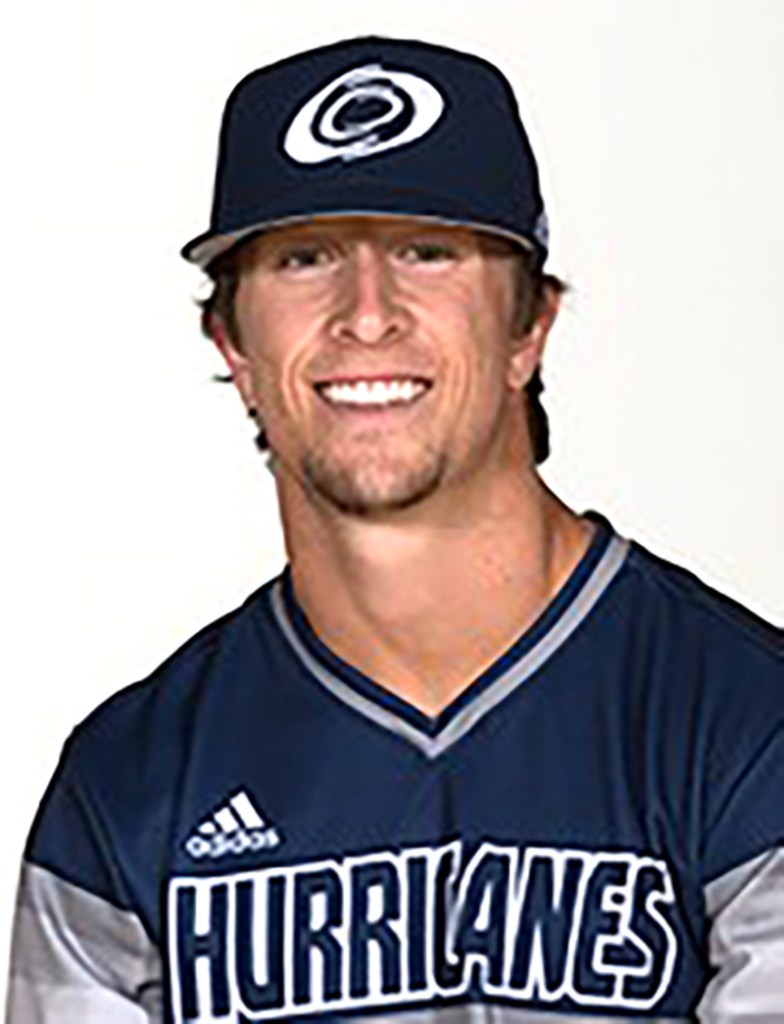 AMERICUS – For eight innings, the Georgia Southwestern State University baseball team had a shutout going against the Pacers of the University of South Carolina Aiken. However, USCA scored four runs in the top of the ninth inning and were able to hold the Hurricanes in the bottom half of the inning to hand GSW its first Peach Belt Conference (PBC) loss of the season by the score of 4-3 on Sunday, March 1, at the GSW baseball complex.

GSW designated hitter Jonathan Martin went 2 for 4 at the plate with one run scored and one RBI to lead the Hurricanes’ offense. Shortstop Matthew Mamatas went 2 for 6 at the plate, including a double, and third baseman Tyler Skelton went 1 for 3 with two runs scored and two walks.

The game was scoreless for four and a half innings until the Hurricanes jumped on the board in the bottom of the fifth. Miguel Urbina led off the frame by reaching on an error. A pitch hit Hunter Foster, advancing Urbina to second.

The Hurricanes ended up scoring two runs in this inning and scored their third run in the bottom of the eight on an RBI single from Martin. The Hurricanes were three outs away from sweeping the series with USCA.

However, a walk and a wild pitch by GSW relief pitcher Cole Garrett in the top of the ninth would prove to be costly. That allowed the Pacers to take advantage of the situation as they scored four runs to take the lead and eventually won the game.

The Hurricanes used five pitchers in this game. Garret (0-1) took the loss. He pitched one inning and gave up four runs on three hits. He walked one batter and struck out another.

Jackson Hannon had the best offensive day for the Pacers. Hannon went 3 for 4 at the plate with one run scored. Jeff Cyr went 2 for 4 with two doubles and one RBI.

Austin Holm (2-0) ended up being the winning pitcher for USCA. He pitched 0.2 innings and gave up no runs or hits, but walked two batters.

The Hurricanes will try to rebound from this setback when they travel to Dahlonega, GA this weekend for a three-game series with the Nighthawks of the University of North Georgia. First pitch of Game 1 will be on Friday, March 6, at 6 p.m.