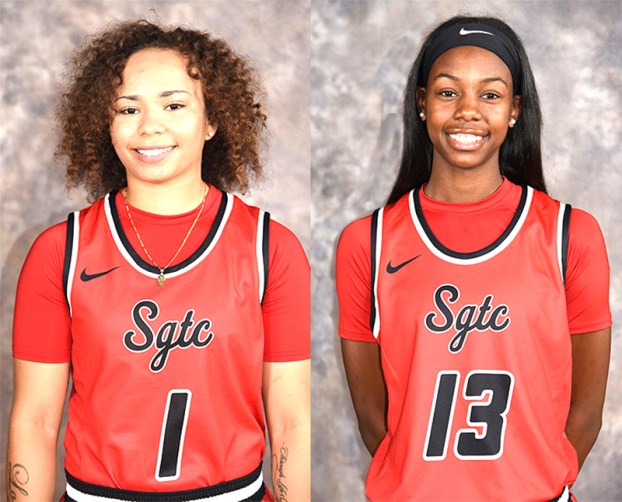 “This is the first time that South Georgia Technical College has ever had two players in one season to be recognized as NJCAA All-Americans,” said SGTC Lady Jet’s head coach James Frey. “That is a record for the men’s and the women’s basketball teams, so it is quite an honor for these two outstanding players and for the college and the athletic program.”

SGTC is one of four colleges to have two All-American nominations. The other three are Central Arizona, Northwest Florida State, and Trinity Valley (TX). These four colleges were fortunate enough to have two of the best players in the nation on their 2019 – 2020 rosters and only 42 other two-year colleges were fortunate to have one player selected. There are currently 417 NJCAA women’s basketball programs across the country operating at either the NJCAA D1, D2 or D3 level. There are 186 colleges competing at the NJCAA Division 1 level and nearly 2,500 student-athletes are vying for this honor.

“I am very excited for Shamari and Yazz and South Georgia Tech,” said Frey. “I think both of these young ladies are very deserving. They have worked incredibly hard on their games, are fantastic students, and represent us very well on campus and in the community. I have no doubts that they will both be very successful at their next schools.”

“I think this also speaks to our administration’s support and dedication to our young people. These student-athletes have a wonderful environment to mature and grow in all aspects of their lives,” explained Frey.  “I am proud to be associated with this type of college and this caliber of student-athletes.”

“Right now, we have several other sophomores who are on the verge of signing scholarships to play at the next level,” said Frey. “Both Shamari Tyson and Yasriyyah Wazeerud-Din had multiple offers and I expect Anna McKendree, Nyla Goudelock, Oumy Gueye and Amara Edeh to finalize their plans in the next few weeks.”

Tyson and Wazeerud-Din, along with the other four SGTC sophomores, helped lead the Lady Jets to a record-setting 30-2 overall record and helped lead the program to its fifth consecutive Georgia Collegiate Athletic Association (GCAA) regular season championship. The team also captured its fourth straight NJCAA Region XVII Tournament title and its fourth consecutive District J championship. The Lady Jets also earned the right to advance to the NJCAA National Tournament in Lubbock, TX, though the tournament was cancelled due to the Covid-19 pandemic.

Tyson, a native of Fort Wayne, IN, transferred to SGTC from SE Illinois College to compete for the Lady Jets during her sophomore season. She was a third-team NJCAA All-American in 2019 and earned the NJCAA second-team All-American honors this season for her performance on the court. Tyson was also selected as the overall GCAA Player of the Year and won the GCAA Player of the week nomination four different times.

Tyson is third in the nation for three-point percentage shooting (47.2 percent), 19th in the nation for three-point shooting (85 of 180), 20th in steals (91), ninth in assists (170) and fifth in turnover ratio (3.0). She averaged 24 minutes per game and averaged 14.4 points per game. Tyson hit 83 percent of her free throws, averaged 5.5 rebounds per game and averaged 5.5 assists each outing. Tyson also averaged 2.9 steals per game for the Lady Jets.

Wazeerud-Din, a 5’ 11’ sophomore guard from Marietta, Georgia, has been with SGTC for two seasons. As a sophomore, she helped lead the Lady Jets to back-to-back undefeated GCAA seasons. During Wazeerud-Din’s time in Americus (2018-2020), the Lady Jets were undefeated in the conference at 35-0.

This season, Wazeerud-Din was the leading scorer for the Lady Jets, averaging 15.1 points per game. She was a 75 percent free-throw shooter and she hit 50 percent of her three-point attempts. Wazeerud-Din also averaged over 20 minutes per game on the court this season.

In addition to her scoring ability, Wazeerud-Din also accounted for six rebounds a game, along with three assists and three steals each outing. Both Wazeerud-Din and Tyson were listed as GCAA All-Academic team members for the 2019-2020 season.

For a complete list of the NJCAA Women’s Division I All-Americans visit: https://www.njcaa.org/sports/wbkb/2019-20/div1/all-americans/index

GHSA shuts down spring sports due to Coronavirus Pandemic